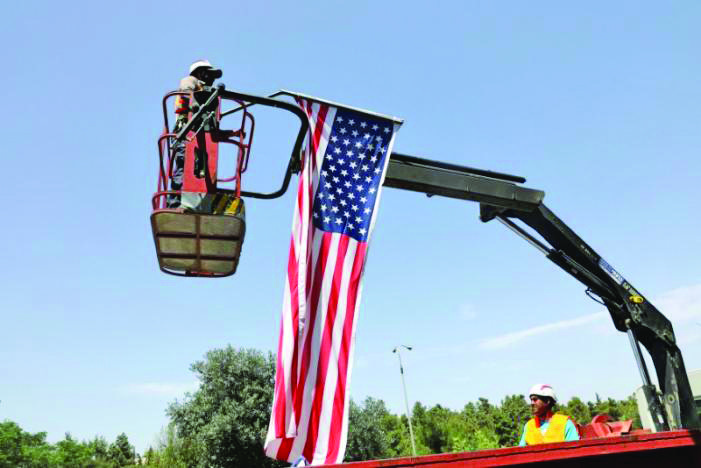 A laborer hangs an American flag to a street post, in preparation for the upcoming visit of President Trump to Israel, in Jerusalem - Photo by Reuters

JERUSALEM — Just four months after taking office, Donald Trump will make the earliest foray into Israeli-Palestinian peacemaking by any U.S. president next week. But with mounting obstacles at home and abroad, he faces long odds of succeeding where more experienced predecessors have failed.

Even as last-minute changes are being made to Trump’s ambitious Middle East itinerary, the trip has been complicated by Israeli concerns about his sharing of sensitive intelligence with Russia that may have compromised an Israeli agent, and by his decision to hold off on a campaign promise to move the U.S. embassy from Tel Aviv to Jerusalem.

Trump has boasted that with his negotiating skills he can bring Israelis and Palestinians together to resolve one of the world’s most intractable conflicts and do “the ultimate deal”.

But officials on both sides see scant prospects for any major breakthrough in long-stalled negotiations during his 24-hour visit on Monday and Tuesday.

The visit will be a significant foreign policy test for Trump, who has yet to demonstrate a firm grasp of the nuances of Middle East diplomacy. Top advisers he has tasked with nuts-and-bolts negotiations, led by his son-in-law Jared Kushner, are also lacking experience.

Flying in directly from his first stop in Saudi Arabia, Trump is unlikely to lay out Middle East peace proposals, not least because, as aides acknowledge, his administration has yet to craft a strategy.

While welcoming Trump’s efforts and committing themselves to work with him, some Palestinian officials remain wary that he has yet to publicly back a two-state solution, the longtime bedrock of U.S. and international policy.