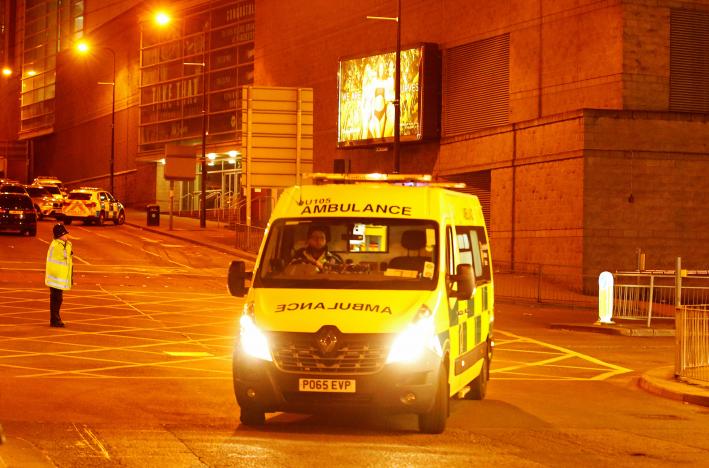 Courtesy of Reuters
MANCHESTER- A blast on Monday night at a concert in the English city of Manchester where U.S. singer Ariana Grande had been performing left at least 19 people dead and about 50 injured in what British police said was being treated as a terrorist incident.

Police said they were responding to reports of an explosion and that there were a number of confirmed fatalities and others injured at the arena, which has a capacity for 21,000 people.

A witness who attended the concert said she felt a huge blast as she was leaving the arena, followed by screaming and a rush as thousands of people trying to escape.

“We were making our way out and when we were right by the door there was a massive explosion and everybody was screaming,” concert-goer Catherine Macfarlane told Reuters.

“It was a huge explosion – you could feel it in your chest. It was chaotic. Everybody was running and screaming and just trying to get out.”

Witnesses reported that many children were at the concert.

Manchester Arena, the largest indoor arena in Europe, opened in 1995 and is a popular concert and sporting venue.

A spokesman for Ariana Grande, 23, said the singer was “okay”. A video posted on Twitter showed fans, many of them young, screaming and running from the venue.

Britain is on its second-highest alert level of “severe” meaning an attack by militants is considered highly likely.