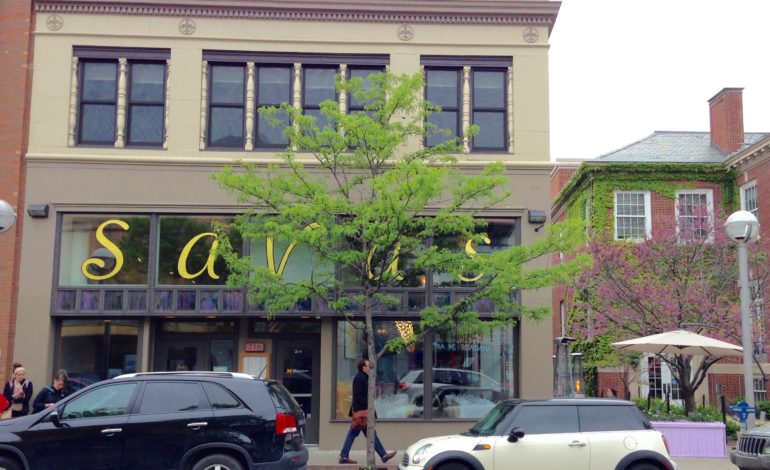 The officers entered the restaurant, located at 216 S. State around 11:30 A.M. on Wednesday, entering the kitchen while the owner was not on duty, sources said.

Bree Stilwell, Marketing Director of Savco Hospitality, said that the restaurant became aware of several ICE agents attempting to apprehend an employee that had a warrant issued for his arrest.

However, ICE agents mistook the identity of the worker in question, arresting another employee that was only released after they had realized that the wrong individual had been arrested.

They proceeded to question and detain the three line cooks in the kitchen on the spot.

However, the workers, not expecting their untimely and random detention, did not have their documentation on them.

“They were taken off [the] premises and to an ICE detention facility in Detroit,” said Stilwell. “[We] quickly provided documentation [we] had to [prove] they were able to work.”

A first responder told the Arab American News that “several individuals” have been detained recently in Ann Arbor, with today “at least one detained…at a traffic stop.”

Stilwell said that the situation “created another high anxiety situation in our community.”

She mentioned that the employees are facing a “fear [that] even though they’re living by the rules, those rules won’t apply tomorrow,” adding that “even for the fully documented worker, the climate is unpredictable.”

Today’s raid at Sava’s was not the only instances of systemized and random ICE detentions to impact Washtenaw County recently.

At approximately 9:15 A.M Wednesday, according to the Washington Interfaith Coalition for Immigrant Rights, ICE detained a Latino man at 1501 South Huron in Ypsilanti.

A member of the WCIR told TAAN that the detainee, a father of a 2-year-old, was being followed by an unmarked SUV, and pulled over near a police station.

The driver, who was on the road with family, “thought it was police,” according to the WCIR representative, and complied by pulling over. The officer, allegedly an ICE agent, detained him.

Between 6 and 8 ICE voiceless were present during that detention, immediately arriving at the scene to assist in the detention of the man.

Since initial reports of the arrests, disseminated on status updates through social media, several individuals and groups locally and statewide have congregated in front of the area in protest.

On May 16, four men were arrested by individuals in “ICE” vests after allegedly being followed by law enforcement in an Ann Arbor Red Robin parking lot near State and Eisenhower.

Last Wednesday, May 17, at approximately 9:15 A.M., one man was detained by police in an unmarked car near Miller and Main Street, also in Ann Arbor.

Local immigrant rights organizations have been instructing individuals with any information or that have witnessed any ICE activity in the area to notify the WCIR rapid response hotline at (734) 224-4632.

Today’s arrests occurred on the same day that H.B. 4105, the “Sanctuary Policy Prohibition Act” introduced by Michigan Republicans to punish communities that enforce or act upon sanctuary policies, arrives at Lansing for initial discussion by the House Local Government Committee.