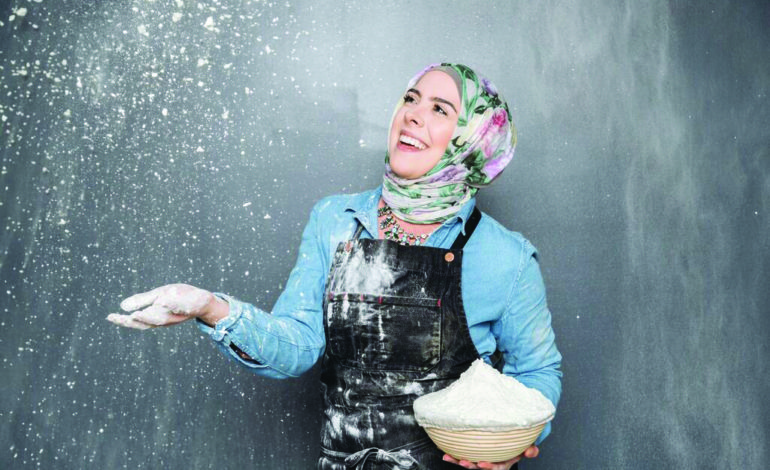 DEARBORN — For five years, Eater, a popular online magazine for foodies and restaurant obsessives, has been on the hunt for the best and brightest in the industry.

The publication holds an annual Young Guns competition that features rising stars under 30 or those who have less than five years’ of experience, but “exhibit the tenacity and desire to succeed through food, drink and service”, according the website.

Although a respected local pastry chef, Lena Sareini, a 24-year-old from Dearborn, said she was shocked to be among 55 semifinalists that a judging committee chose from about 1,200 nominees in 101 cities across the United States and Canada.

Sareini, a pastry chef at Seldon Standard in midtown Detroit, attributed the honing of her skills to being adventurous and constantly trying to create new desserts and dishes.

Her decorative pasty dishes have earned her more than 5,000 Instagram followers.

Sareini said while she studied art throughout high school, she took cooking classes to pursue her personal interests. She said she enjoyed it enough to enter a summer culinary program at her school and later went on to enter the baking and pastry arts program at Schoolcraft College.

Now she gets to eat her art – and feed it to others every day.

But Sareini said she proved able to master the craft to the extent that her high school culinary teacher could not let her go. Since graduation, she has been helping the pastry teacher run the class.

Her teacher at Schoolcraft was also impressed with her skills – and so she began helping run that class too, which she said has taught her more cooking and baking techniques than culinary classes.

After graduating from Schoolcraft in 2013, Sareini became an assistant chef at a restaurant at the college, where she oversaw creating lunch and dinner menus for a buffet that served hundreds of students a day.

Sareini said she is classically trained in contemporary and old style French desserts, but always pushes herself to create new dishes through trial and error; a restaurant-goer would rarely see the same menu.

Sareini said that at Seldon Standard, she can be more innovative as well as develop close relationships with Detroit farmers, as the restaurant serves dishes and drinks that suit the season.

In the search for the perfect dessert, Sareini said she begins with a vegetable or fruit in season and begin to match ingredients that will enhance that ingredient.

Sareini said her favorites among the pastries she likes to bake have style, highlight aesthetics, are whimsical and paint a story about a culture.

She provided some dessert tips for those observing Ramadan: “Make it light!

“Our stomachs shrink during Ramadan and the last thing people want to eat after a big meal is something heavy,” she said. “I’ll be keeping it simple, fruit forward and refreshing this Ramadan. Sorbets are really easy to make, they’re basically just sugar, water and a fruit of your choice.”

Above all, she savors the moments when food brings people together, just as it has at her home as she grew up.

In fact, Sareini said her father’s passion and mastery of the culinary arts were her primary motivation for pursing the field.

Her father, Farid, has garnered more than 14,000 followers on Instagram, where he guides locals on the best halal food and restaurants in the area.