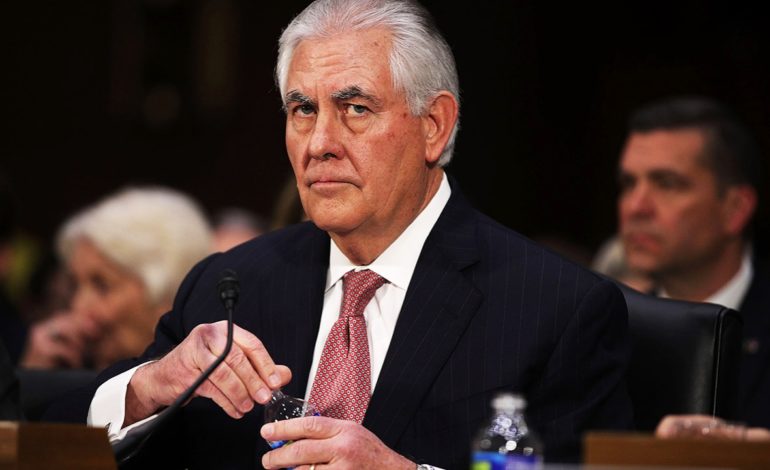 Since 1999, Republican and Democratic secretaries of state have nearly always hosted either an iftar dinner to break the day’s fast during Ramadan or a reception marking the Eid al-Fitr holiday at the end of the month, at the State Department.

Tillerson turned down a request from the State Department’s Office of Religion and Global Affairs to host an Eid al-Fitr reception as part of Ramadan celebrations, said two U.S. officials who declined to be identified because they were not authorized to speak publicly.

According to an April 6 memo seen by Reuters, the office – which typically initiates such events – recommended that Tillerson hold an Eid al-Fitr reception.

His rejection of the request suggests there are no plans this year for any high-profile Ramadan function at the State Department. The month of fasting and prayer for Muslims gets under way in many countries on Saturday.

When asked by Reuters to comment on Tillerson declining a request to host an Eid al-Fitr event in July for Ramadan, a State Department spokesperson said:

“We are still exploring possible options for observance of Eid al-Fitr, which marks the end of the month of Ramadan. U.S. ambassadors are encouraged to celebrate Ramadan through a variety of activities, which are held annually at missions around the world.”

Muslim activists have accused President Donald Trump’s administration of having an unfriendly attitude toward Islam, encapsulated by its attempts to ban citizens of several Muslim-majority countries from entering the United States.

The administration says that while it strongly opposes Islamist militants, it has no quarrel with Islam. Aides point to Trump’s visit this month to Saudi Arabia, the birthplace of Islam where he addressed the leaders of more than 50 Muslim countries, as evidence of that.