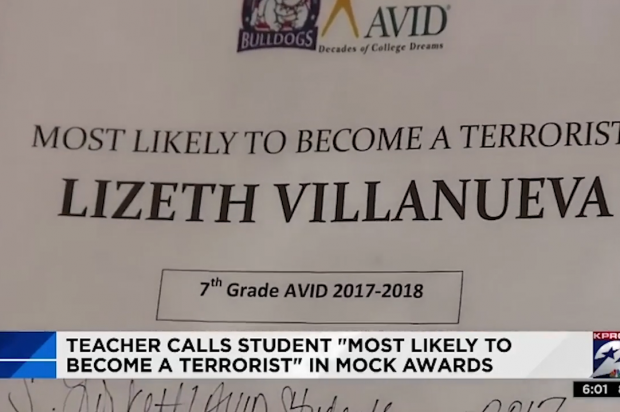 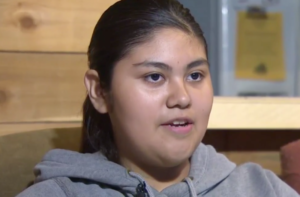 CHANNELVIEW, Texas – At least one teacher at Lance Cpl. Anthony Aguirre Junior High School in Houston has been disciplined after presenting a seventh grade student with the mock award “most likely to be a terrorist,” a school district official said on Friday.

“The Channelview Independent School District Administration would like to apologize for the insensitive and offensive fake mock awards that were given to students in a classroom,” Marcus Kramer, a spokesman for the district, said in a statement.

“The teachers involved in this matter have been disciplined according to district policy and the incident is still under investigation,” the statement said.

The student, Lizeth Villanueva, 13, told Houston broadcaster KPRC she was shocked when she was given the award on Tuesday at the end of the school year, adding the teacher thought it would be funny.

The district did not say what action it had taken against the teacher.

Other awards presented to the seventh grade students included “most likely to blend in with white people” and “most likely to be homeless in Guatemala,” CNN reported, showing pictures of two of the certificates.