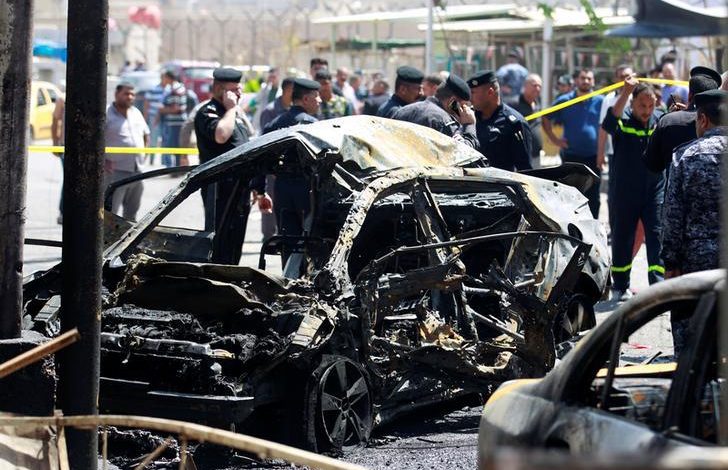 A wreckage of a car is seen at the site of car bomb attack near a government office in Karkh district in Baghdad, Iraq. - Reuters 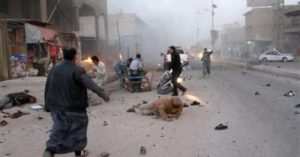 On Tuesday, a suicide bomber detonated a rigged vehicle  outside of a popular ice cream shop in the Karrada district of Baghdad, killing 13 people and wounding at least 30 others, officials said.

The Islamic State of Iraq and the Levant’s (ISIL) claimed responsibility, stating its intent in attacking a “gathering of Shia”. ISIL deems Shia Muslims  to be heretics and routinely targets the Islamic minority, a majority in Iraq.

Videos posted to social media depicted the chaotic scenes on the streets surrounding the blast.

Tuesday’s attack comes soon after reports of Iraqi troops are pushing back against Isis fighters out of their final strongholds in Mosul. Iraqi commanders predict the eight month long offensive marks the end of the Isis caliphate in Iraq.

Yet they agree the terror group will likely increase insurgent attacks in response to military losses.

One officer the Baghdad Police Directorate, who spoke to NBC News, estimated the death toll at 15 and the number of wounded at 47.