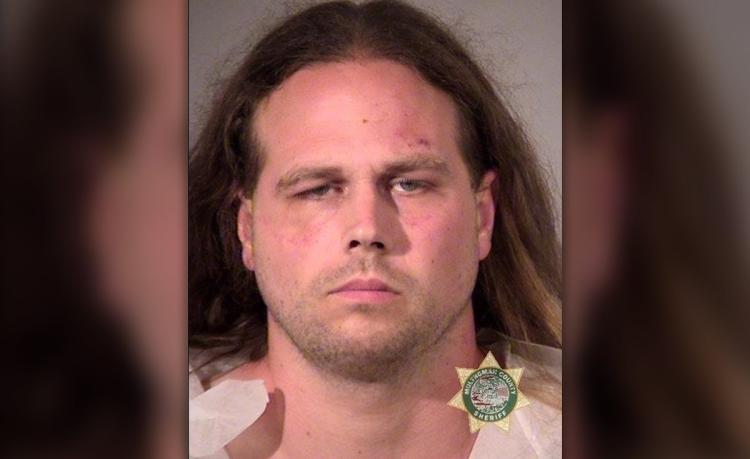 PORTLAND-A man will appear in court in Portland, Oregon, on Tuesday to answer charges that he murdered two men who tried to stop him hurling religious slurs against two women of Muslim appearance on a commuter train.

The attack came as some religious rights groups warn of a rising tide of anti-Islamic sentiment in the United States, blaming President Donald Trump for divisive anti-Muslim rhetoric.

Trump condemned the fatal stabbings on Monday, calling them “unacceptable”.

A third man who also came to the aid of the women suffered serious wounds in the attack on Friday that occurred hours before the start of Ramadan, Islam’s holy month.

The suspect, Jeremy Joseph Christian, a 35-year-old convicted felon, faces charges including aggravated murder, attempted murder, intimidation and being a felon in possession of a restricted weapon.

Destinee Mangum, who was on the train with a friend wearing a Muslim head scarf, said in a video posted on CNN’s website on Monday that she did not know the men and thanked them for putting their lives on the line.

In his Twitter message, Trump said: “The violent attacks in Portland on Friday are unacceptable. The victims were standing up to hate and intolerance. Our prayers are w/ them.”

Trump’s remarks came after the Council on American-Islamic Relations (CAIR) called on the president to condemn the rampage and speak out against what the advocacy group sees as an increase in anti-Islamic sentiment. Anti-Muslim incidents increased more than 50 percent in the United States last year, it said.

Immediately after the stabbings, CAIR National Executive Nihad Awad said Trump has stirred up bigotry and racism “through his numerous statements, policies and appointments that have negatively impacted minority communities.”

The FBI is investigating the attack to determine whether to charge Christian with terrorism or a federal hate crime, said Portland FBI spokeswoman Beth Anne Steele.