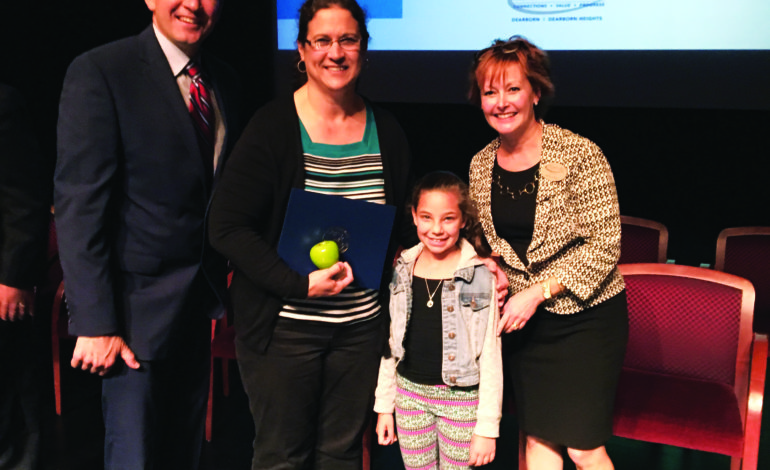 DEARBORN — On May 24, parents, students and teachers gathered at the Michael A. Guido Theater in celebration of teachers nominated by the pupils whose lives they’ve change through education.

Four teachers were nominated for the Alberta Muirhead Teacher of the Year Award: Julie Spencer of Henry Ford Elementary in the pre-K to second-grade category; Nagwa Ali of Maples Elementary at the third-to-fifth-grade level; Elham Barbat of Salina Intermediate School at the middle school level and Thomas Brown of Dearborn High at the high school level.

Students praised each educator for his/her own accomplishments in the classroom. The achievements ranged from making learning fun and more approachable to allowing math to be easier to grasp, along with preparing students for life after their time in the classroom.

The awards were presented by the Dearborn Area Chamber of Commerce and title sponsored by the LaFontaine Automotive Group, in addition to 27 other sponsors.

Dearborn school Supt. Glenn Maleyko was also at the event, in which he spoke of the value of teachers in the lives of their students.

The selection committee includes members from Multimedia Communications, DFCU Financial and Dearborn Public Schools, among others.