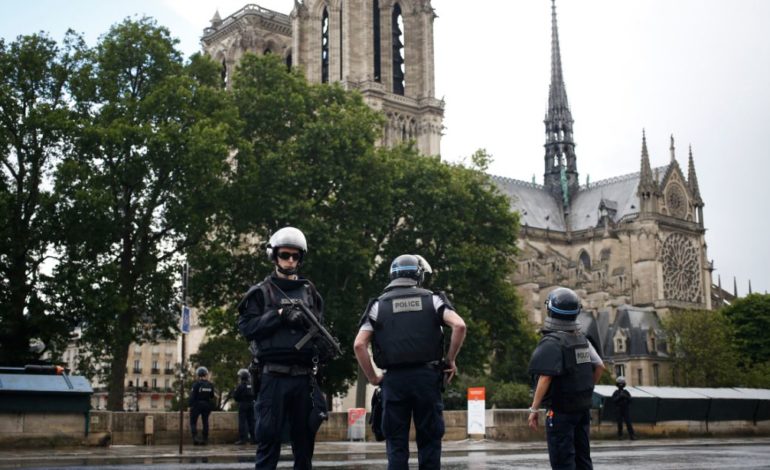 PARIS-The counter-terrorism unit of the Paris prosecutor’s office opened an investigation on Tuesday, shortly after a man armed with a hammer attacked an officer outside the Notre Dame cathedral.

Police shot the assailant who was described as “neutralized” by the interior ministry.

The man, armed with a hammer, shouted “this is for Syria” and wounded a policeman before being shot and wounded by other officers on Tuesday outside Notre Dame Cathedral in Paris, one of France’s most famous tourist sites.

A witness in a flat overlooking the site told BFM TV the attacker could be seen lying motionless on the ground. Armed police sealed off the area.

Dozens of armed police sealed off the area and put the Gothic cathedral into lockdown with nearly 1,000 tourists and worshippers inside.

The incident came three days after militants drove a van at high speed into pedestrians in London before stabbing revelers on the street and in nearby bars, killing seven people and wounding dozens. That followed a suicide bombing in the northern English city of Manchester that killed 22 people.