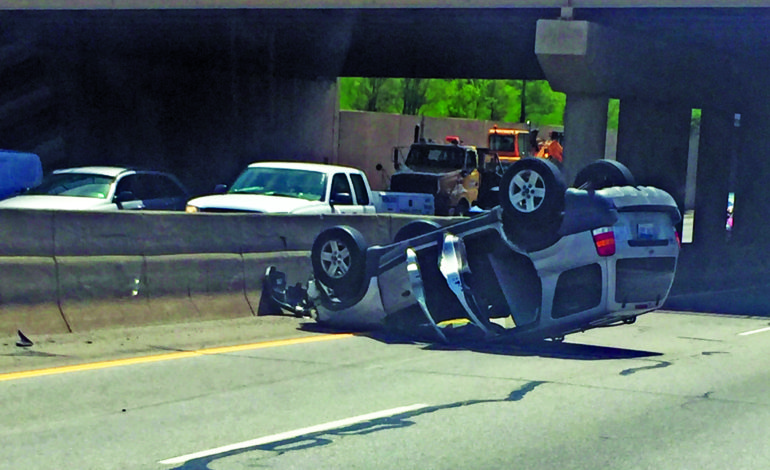 DEARBORN — High school and college students usually tempt each other to act in defiance of safety rules, especially when they’re at the driving age of 16 and above.

When on the road, some of them don’t recognize the responsibility they carry behind the wheel until a tragic accident happens to themselves or to someone they know.

Over the years, the community has mourned those lost in numerous fatal crashes, but there is a possible means of preventing these tragedies.

According to an 18-year-old named Moe, a lot of teens his age and younger drag race in Dearborn.

Moe said he’d hear teens challenging each other in class to a race later that night on either Ford Road or Warren Avenue.

“The guys were the type to drink and do drugs,” he said. “It was always a midnight race, so the roads were empty.”

A 19-year-old University of Michigan-Dearborn student named Zack added that some of his former high school classmates race in Detroit now.

“They block a road every weekend and put on a show,” he said. “And they don’t do it just for fun… They bet on hundreds of dollars and people watch.”

He added that they don’t fear the police.

“Those cars are cheaper than the foreign cars,” Moe said. “Their parents can afford them.”

A 45-year-old mother named Raghda said parents should be looking for the safest cars for their children, so as not to lose them in a reckless car crash or find them behind bars.

“Lots of parents in the community want to please their children,” she said. “It’s understandable, but that doesn’t mean they should buy them cars that call for danger.”

Her argument is supported by a report by the Insurance Institute for Highway Safety— Highway Loss Institute called “Vehicle choice can exacerbate teen drivers’ crash risk.” It explains how teen drivers are at greater risk of crashing no matter the car they drive, but “the risk is exacerbated when young drivers get behind the wheel of a sports car or a small vehicle.”

The report also states that sports cars and “other high-horsepower vehicles” tempt teenagers to speed and be violent drivers.

“Kids don’t see in front of them,” Raghda said. “They don’t care for their safety or the safety of others on the road. They forget everyone and think if they speed, they’re showing off their abilities.”

A gamble in need of
one solution— the parents

Zack said that it’s all a gamble and that teens don’t think of loss.

“When they hold shows or race on major roads, there’s a prize at the end,” he said. “Money, showing off, whatever it is… But there’s also a price that they don’t think of— like killing someone or losing their lives.”

According to The New York Times article called “For Teenagers, the Car Is the Danger Zone”, no one else has more of a say in how safe their teenage drivers are than the parents themselves.

The article states that parents should set limits on night driving and the number of teenage passengers, but first and foremost consider the vehicle itself.

“Rather than giving teenagers a small, old car that is less crashworthy and lacks modern safety features, an S.U.V. that can overturn easily or a sports car that encourages fast driving, parents should think of safety first in selecting their teenager’s vehicle,” it reads.

Raghda, who has two driving-age boys of her own, advised parents to keep an eye on their children and make sure they’re making the right choices.

“We need to be in charge,” she said. “We need to befriend them and reprimand them at the same time. We can’t put our kids in danger or allow them to put themselves in danger.”