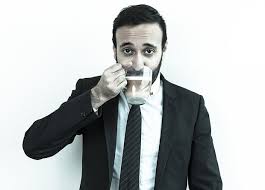 In 2015, British Muslim stand-up comedian Bilal Zafar wrote an article for The Independent called “Six things you shouldn’t say to someone fasting for Ramadan.”

“I have been fasting during the month of Ramadan every year since I was about 8-years-old and the experience has been changing for me in many ways, teaching me a lot about discipline, and what it means to be less fortunate,” Zafar wrote.

He said the days during Ramadan have gotten longer over the years, but non-Muslims’ reactions haven’t changed.

The comedian said he would clearly be dead if that’s what he was doing and that it’s not about starving yourself.

He said “Of course it is. One of the main principles of fasting is discipline and I would prefer if you just spent your day normally and didn’t worry about me.”

To that question, Zafar replies with, “Why do you have to talk about it so negatively?” He said it’s not a form of punishment, but rather a life changing month of spiritually and positivity.

“We also eat a lot of dates during this month, which are very good for you,” he wrote. “However, we tend to cancel a lot of this out, because as soon as the sun begins to set and we hear the call to prayer begin, we are likely to eat as many delicious fried foods as possible and continue to snack at every possible opportunity until the following sunrise. That may just be my routine though.”

Zafar said that comment shows that the person completely missed the purpose of this month, explaining that it is to learn self-discipline, to strengthen spirituality, to be grateful for God’s gifts to the world, to “reflect on the value of charity… and give thanks for the Qur’an, which was first revealed in the month of Ramadan.”

He advised non-Muslims to act normally around their fasting Muslim friends.

“If you still find the entire concept too difficult to comprehend, remember that it only lasts about a month and at the end we get to celebrate Eid al- Fitr,” he said.