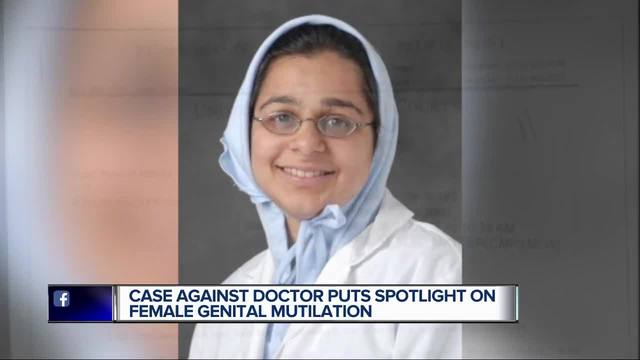 There is evidence showing that eight girls were mutilated, according to U.S. Assistant Attorney Sara Woodward.

In this case, Dr. Jumana Nagarwala of Northville is accused of mutilating the genitalia of two girls on Feb. 3 in Livonia, in a clinic owned by Dr. Fakhruddin Attar. Dr. Attar and his wife, Dr. Farida Attar, have been indicted together.

Farida Attar has been accused of helping to arrange for the procedure to be done and of being present while it was performed.

“I think the government has overstated so many aspects of this case and this is another example,” said the Attars’ attorney, Mary Chartier.

She has criticized the government for alleging that 100 girls have been victimized, and for overreaching.

The couple is currently under house arrest without access to a computer or the Internet. Additionally, they cannot be in contact with any victims, witnesses or their daughter. State officials are attempting to terminate their parental rights.

Nagarwala, 44, remains in jail, awaiting trial. She and Fakhruddin Attar, 52, both face up to life in prison if convicted of conspiracy to transport minors with intent to engage in criminal sexual activity.

Farida Attar, 50, faces up to 20 years if convicted of conspiring to obstruct the investigation