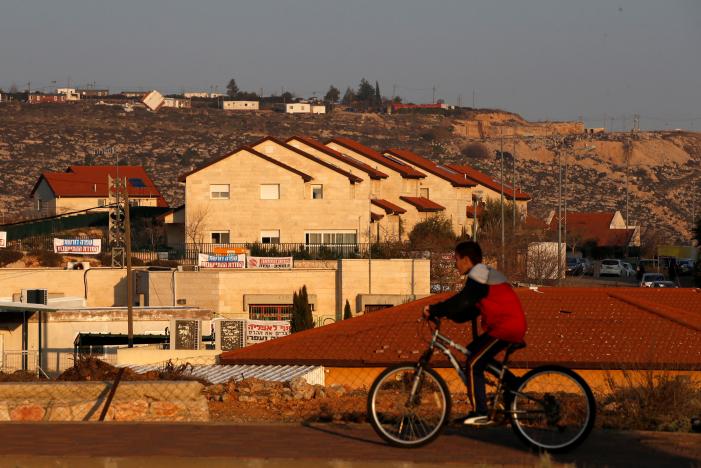 A boy rides his bicycle past houses in the Israeli settlements of Ofra, in the occupied West Bank

JERUSALEM — Israel has advanced plans for a further 1,500 homes in Jewish settlements in the occupied West Bank, Peace Now, an Israeli non-profit organization advocating for a two-state solution, said on Thursday, the second such announcement in a week.

More than 3,000 units have been advanced this week, a spokeswoman for the group that tracks settlement building in the Palestinian territory told AFP.

On Tuesday, Israel advanced 1,500 units, with the potential to add around another 900, Peace Now said. These 900 were confirmed on Wednesday by an Israeli defense ministry planning committee, it added.

In a separate process, 688 homes were advanced by the committee late on Wednesday and will now go out for a 60-day public comment period during which objections can be filed.

Peace Now’s Hagit Ofran told AFP a total of 3,178 units were advanced this week. The plans are at various stages in the process and the units are located in a number of settlements across the West Bank.

More than 600,000 Israelis live in settlements in the West Bank, including annexed east Jerusalem, which are seen as a major obstacle to peace between Israel and the Palestinians.