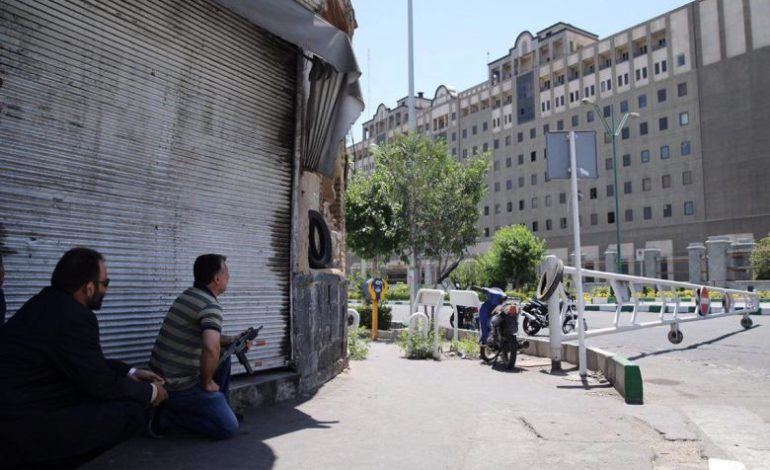 ANKARA — Iran said on Thursday that gunmen and bombers who attacked Tehran were Iranian members of ISIS who had fought in the militants’ strongholds in Syria and Iraq – deepening the regional ramifications of the assaults.

The five attackers raided Iran’s parliament and Ayatollah Khomeini’s mausoleum on Wednesday morning, in a rare strike at the heart of the Islamic Republic. Authorities said the death count had risen to 17 and scores were wounded.

The attackers died during the assault.

Iran’s intelligence ministry said earlier on Thursday it had arrested more suspects linked to the attacks, on top of six Iranians, including one woman, detained on Wednesday.

Security camera footage aired on state TV showed people running and seeking cover as the gunmen strode through parliament’s halls, firing their weapons and hitting at least one person.

Iranians, contacted by Reuters, said there was a heavy police presence, particularly in the capital’s busy squares.