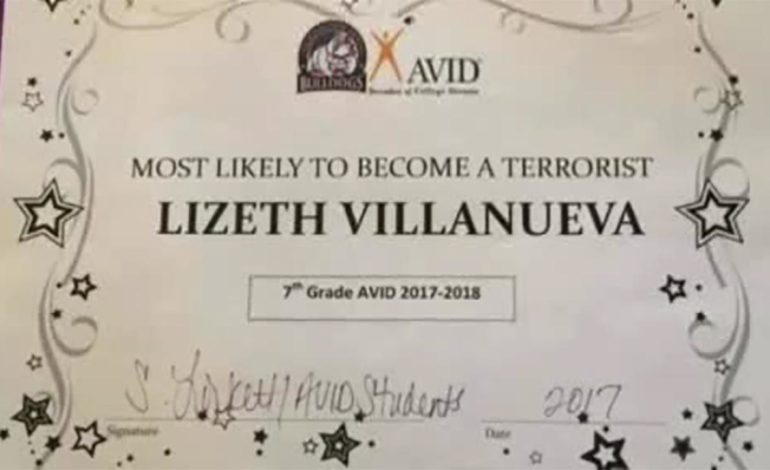 HOUSTON- A teacher at a Houston-area school is out of a job after presenting mock awards to seventh-grade students, including one for being “most likely to be a terrorist,” the school district said on Wednesday.
“We have concluded our investigation and the teacher responsible is no longer employed by the district,” the Channelview Independent School District said in a statement.
Officials at the district, about 15 miles east of Houston, did not name the teacher, or provide further details.
Lizeth Villanueva, 13, a student at Lance Corporal Anthony Aguirre Junior High School, told Houston television station Fox 26 she was shocked when she was received a certificate in late May at the end of the school year, adding the teacher thought it would be funny.
“When she said my name I turned around like what, what did she just say? I was very upset. I was mad but I didn’t show it,” Villanueva told the Houston TV station.
Other awards given to students included “most likely to blend in with white people” and “most likely to be homeless in Guatemala,” according to local news reports, which showed pictures of two of the certificates.