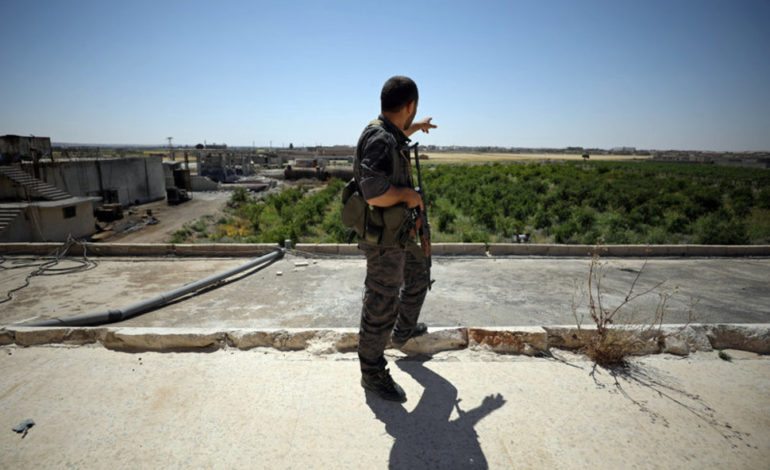 RAQQA —At Raqqa’s eastern edge, a handful of Syrian fighters cross a river by foot and car, all the while relaying their coordinates to the U.S.-led coalition so they don’t fall victim to friendly fire.

This is their only way into al-Mishlab, the first district the Kurdish and Arab militias have swept into, in what the coalition says will be a long and difficult battle for Raqqa, ISIS’ de facto “capital” in Syria.

The Syrian Democratic Forces (SDF) launched their assault to capture the city this week. As artillery and coalition aircraft pounded targets in the city, SDF fighters moved in small groups into the district during a media trip organized by the SDF.

“The comrades are advancing and Daesh forces are collapsing in front of us, but there are snipers obstructing our movements, and they are also shelling our positions with mortars,” said an SDF fighter who gave his name as Khalil.

For months, air strikes and special forces from the U.S.-led coalition have helped them encircle Raqqa, which ISIS seized in 2014 and has used as a base to plan attacks abroad.

In a statement sent to Reuters, coalition spokesman Colonel Joseph Scrocca said the militants’ resistance had been “minimal” outside the city and that they were retreating “to protect their fortifications inside the city.”