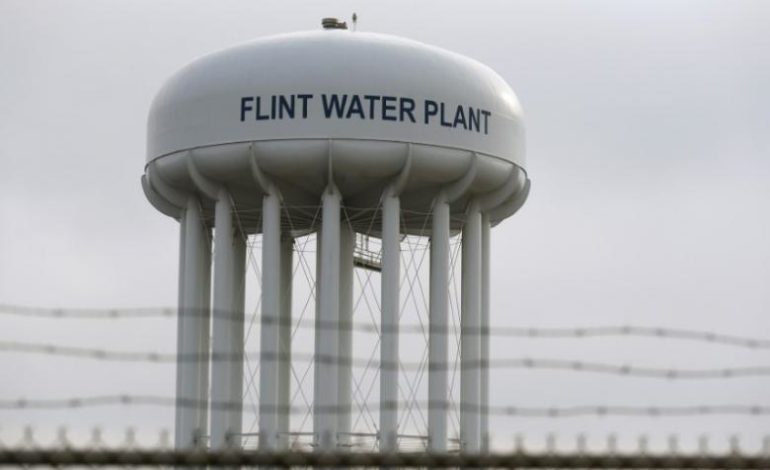 FLINT ― Six current and former Michigan and Flint officials were criminally charged on Wednesday for their roles in the city’s water crisis that was linked to an outbreak of Legionnaires’ disease that caused at least 12 deaths, the state’s attorney general said.

Five of the officials, including Michigan Health and Human Services Director Nick Lyon, were charged with involuntary manslaughter stemming from their roles in handling the crisis, Michigan Attorney General Bill Schuette said in a statement.

Involuntary manslaughter is a felony that carries a sentence of up to 15 years in prison.

Lyon, 49, was also charged with one count of misconduct in office. The felony charge carries a sentence of up to five years in prison.

Four current and former state and Flint officials were also charged with involuntary manslaughter. The four had all been previously charged with lesser crimes in connection with the water crisis.

The state’s Chief Medical Executive Eden Wells was charged Wednesday with obstruction of justice and lying to police.

Michigan Governor Rick Snyder said in a statement that Lyon and Wells have his “full faith and confidence” and would remain on duty and help in Flint’s recovery.

Schuette said his team had not spoken with Snyder as part of the investigation.

“We attempted to interview the governor. We were not successful,” Schuette said. He declined to elaborate.

Previously, Schuette, when asked if Snyder was a target in the investigation, said there were no targets but “nobody is off the table.”

Some critics have called for high-ranking state officials, including Snyder, to be charged. Snyder previously said he believed he had not done anything criminally wrong.

“The governor isn’t going to speculate on where the investigation is or is not headed, but he continues to cooperate fully,” Snyder’s spokeswoman Anna Heaton said.

Snyder’s attorney, Brian Lennon, said in a statement that Snyder was made available for an interview this spring after being told a subpoena would be produced, but that never occurred.

Wednesday’s charges stem from more than 80 cases of Legionnaires’ disease, including the fatalities, that were believed to be linked to the water in Flint after the city switched its source to the Flint River from Lake Huron in April 2014.

Lyon was aware of the Legionnaires’ outbreak in Genesee County at least one year before he informed the public, according to court documents. His deliberate failure to inform the public resulted in the death of Genesee Township resident Robert Skidmore, 85, from Legionnaires’ in December 2015.

Wells lied to police about when she became aware of the outbreak, according to the documents. She also threatened a team of independent researchers who were studying the source of the disease, court documents said.

An attorney for Lyon could not be reached for comment. It was not immediately known if Wells had an attorney.

“It’s good to see that state Attorney General Schuette and his team are taking this matter seriously,” Flint Mayor Karen Weaver said in a statement. “We all are waiting to see what else the investigation uncovers.”

The crisis in Flint erupted in 2015 when tests found high amounts of lead in blood samples taken from children in the predominantly black city of about 100,000.