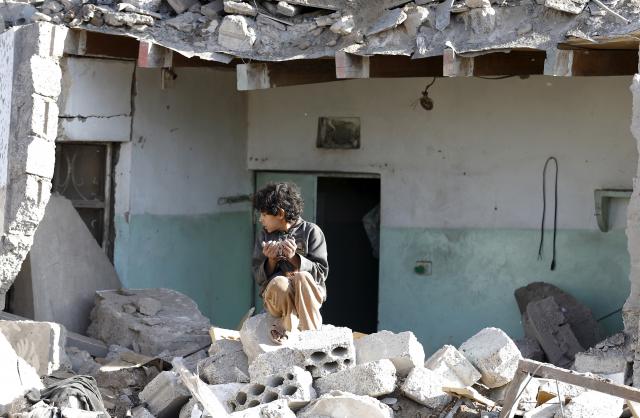 SAADA —  At least 25 Yemenis were killed when Saudi-led coalition aircraft struck a market in the northern Saada province, a local health official said on Sunday, the latest in a string of deadly incidents in the 27-month-old conflict.

Yemen has been torn by a civil war in which the exiled government of President Abd-Rabbu Mansour Hadi, backed by the Saudi-led coalition, is trying to roll back gains made by the Iran-aligned Houthi group which controls most of northern Yemen, including the capital Sanaa.

The director of the Houthi-run Health Department office in Saada said the aircraft conducted two raids on al-Mashnaq market in Shada district, which is close to the Saudi border, on Saturday, killing 25 people and wounding at least one.

“Rescue teams were unable to reach the area for some time for fear of being hit by artillery shelling of the area,” the official, Dr Abdelilah al-Azzi, told Reuters by telephone.

Reuters could not independently confirm the report because the area is located very close to the frontline, but several Yemeni online news outlets carried a similar report.

A Saudi-led coalition air strike killed 22 people and wounded dozens when it struck a market in western Yemen near the Red Sea fishing town of Khoukha in March.

Khoukha and the nearby city of Hodeidah are controlled by the Houthis who overran Sanaa in 2014 and moved south to Aden in 2015 forcing Hadi and his administration to flee into exile.

The Yemen war has killed more than 10,000 people, displaced more than three million and ruined much of the impoverished country’s infrastructure.