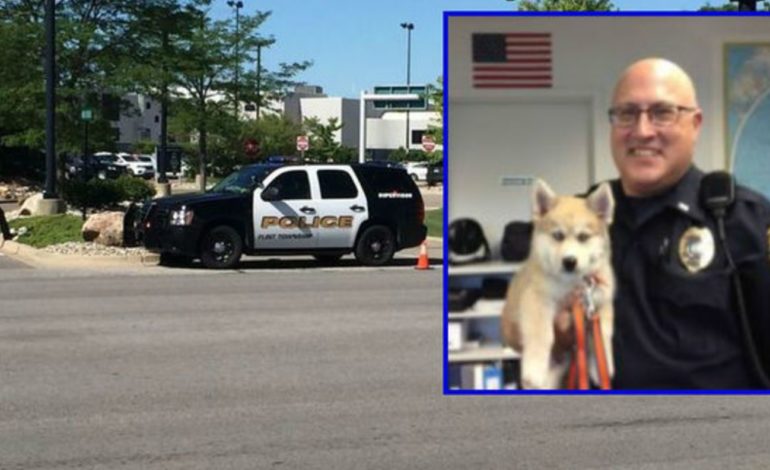 Officer Jeff Neville was stabbed in the neck at Bishop International Airport on Wednesday, June 21, 2017.

FLINT ― The FBI is investigating an attack at a Flint airport Wednesday as an “act of terror,” after a man stabbed a police officer in the neck while he shouted “Allahu Akbar.”

The suspect, identified as Canadian resident Amor Ftouhi, is charged by the U.S. District Court with committing a violent act in an airport after allegedly stabbing the officer at Flint Bishop International Airport Wednesday morning.

“The stabbing incident at the airport remains under FBI led investigation,” said the airport in a press release. “Local, state, and federal agencies are on scene. The airport remains closed until further notice. The police officer assaulted is in stable condition. The suspect is in custody and is currently being questioned.”

FBI agent Thomas Sondgeroth wrote in a criminal complaint filed today that “Ftouhi walked up to a fully-uniformed police officer at a publicly accessible area of the airport, yelled ‘Allahu Akbar,’ pulled out a knife and stabbed the officer in the neck,””After stabbing the police officer, Ftouhi continued to yell ‘Allah’ several times.”

The agent added that Ftouhi then began exclaiming about retaliation.

“You have killed people in Syria, Iraq and Afghanistan and we are all going to die,” the complaint states he yelled.

The complaint also offered a detailed account of the attack:

Almost a half hour later, Ftouhi left the restaurant carrying both bags. Within 10 minutes, he entered a second-floor restroom and left almost 30 seconds later without either bag.

Five seconds after exiting the bathroom, he attacked the officer and was subdued by a law enforcement officer shortly after.

If convicted, Ftouhi faces a maximum penalty of up to 20 years in prison.

Michigan State Police Lt. Mike Shaw said the victim, Lt. Jeff Neville, was stabbed in the neck at about 9 a.m., and that the airport was evacuated shortly after the incident occurred. Neville is a former Genesee County Sheriff’s lieutenant, Shaw said.

The injured officer is in “satisfactory” condition, authorities said this afternoon.