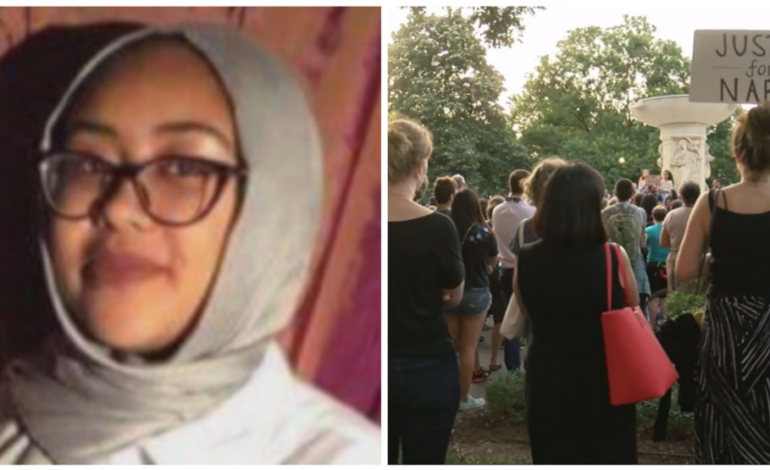 WASHINGTON-A memorial for slain teen Nabra Hassanen has been burned down where it had been erected in the DuPont Circle on Connecticut Ave NW in Washington, D.C.

The DC Fire department responded to the scene at about 8:30 AM on Wednesday.

Additionally, the remains from the memorial of 17-year-old Hassanen were found on fire at the Dupont Memorial Fountain, according to the fire department. The fire department was able to extinguish the flames.

24-year-old Jonathon Soloman of South Carolina was arrested with connection to the fire.

Police say Soloman had been setting fire to numerous items from the park, and did not appear to be intentionally targeting items from Nabra’s memorial.

A large gathering commemorating Hassanen had assembled at DuPont, as well as at several other major cities, to commemorate her murder at the hands of 22-year-old Darwin Martinez Torres.