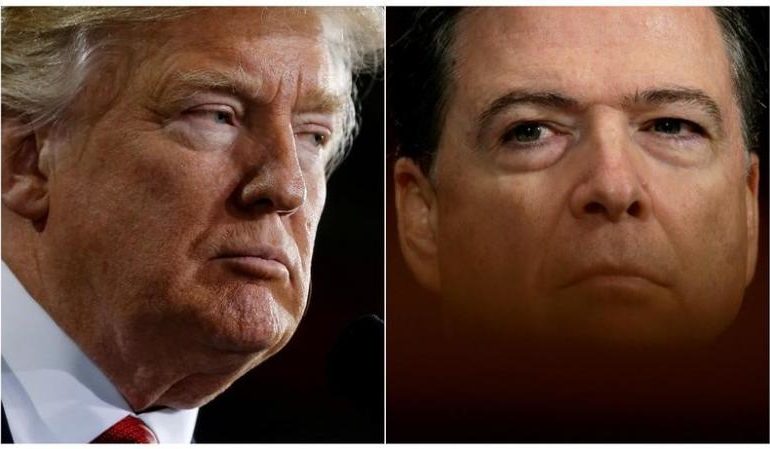 WASHINGTON ― President Trump said on Thursday he did not make and does not possess any tapes of his conversations with James Comey, after suggesting last month that he might have recordings that could damage the former FBI director.

“With all of the recently reported electronic surveillance, intercepts, unmasking and illegal leaking of information, I have no idea whether there are ‘tapes’ or recordings of my conversations with James Comey, but I did not make, and do not have, any such recordings,” Trump wrote on Twitter.

Lawmakers investigating allegations of Russian meddling in the U.S. 2016 election had asked the White House for any such recordings of Comey, who Trump fired in May.

“James Comey better hope that there are no ‘tapes’ of our conversations before he starts leaking to the press!” Trump wrote on Twitter on May 12.

The Russia issue has cast a shadow over Trump’s first five months in office, distracting from attempts by his fellow Republicans in Congress to reform the U.S. healthcare and tax systems.

Comey’s firing and its aftermath caused a political firestorm. He testified before a Senate committee that Trump had asked him to drop a probe into former national security adviser Michael Flynn and his alleged ties to Russia.

Trump has privately told aides that the threat of the existence of tapes forced Comey to tell the truth in his recent testimony, a source familiar with the situation said.

Earlier on Thursday, CNN reported that two top U.S. intelligence officials have told investigators Trump suggested they publicly deny any collusion between his campaign and Russia, but they did not feel he had ordered them to do so.

The two senior officials said they were surprised at Trump’s suggestion and found their interactions with him odd and uncomfortable, but they did not act on the presidents’ requests, CNN reported, citing sources familiar with their accounts.

The Kremlin has denied U.S. intelligence agencies’ conclusion that Moscow tried to tilt the election campaign in Trump’s favor, using such means as hacking into the emails of senior Democrats.

Trump has denied any collusion, and he continued to cast doubt on the investigations in a series of tweets on Thursday morning.