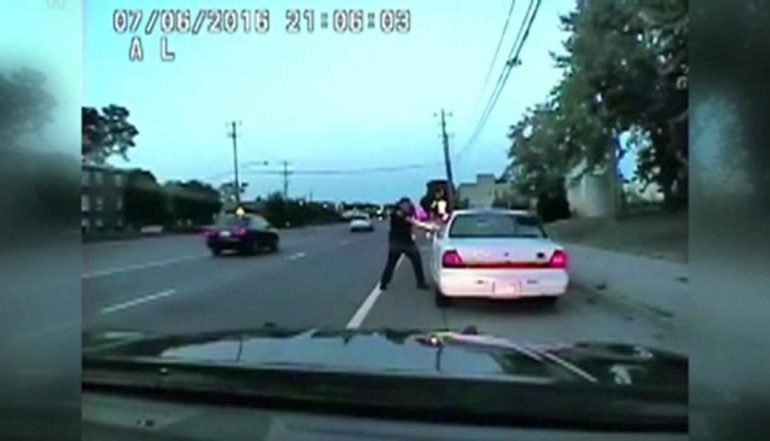 Video footage of the fatal shooting of a black motorist by a Minnesota police officer released on Tuesday showed how quickly the incident unfolded but shed no light on whether the victim had reached for the gun he told the officer he was carrying.

The video footage is from the dashboard camera of the police cruiser of St. Anthony Police Department officer Jeronimo Yanez, who was found not guilty on Friday of second-degree manslaughter in the July 2016 shooting death of Philando Castile.

Yanez shot Castile, 32, five times during a traffic stop in the St. Paul suburb of Falcon Heights. . Like other similar incidents across the United States, Castile’s death fueled public outrage and debate about the appropriate use of force by law enforcement against minorities.

The aftermath of the shooting was broadcast on social media by Castile’s girlfriend, who was in the car with a young child. But the dashboard camera footage, shown in court during Yanez’s trial, had not previously been made public.

The video begins in silence as Yanez follows a white Oldsmobile driven by Castile on a lightly-traveled road. After pulling Castile’s car over, Yanez exits his cruiser and tells Castile his brake light is broken. 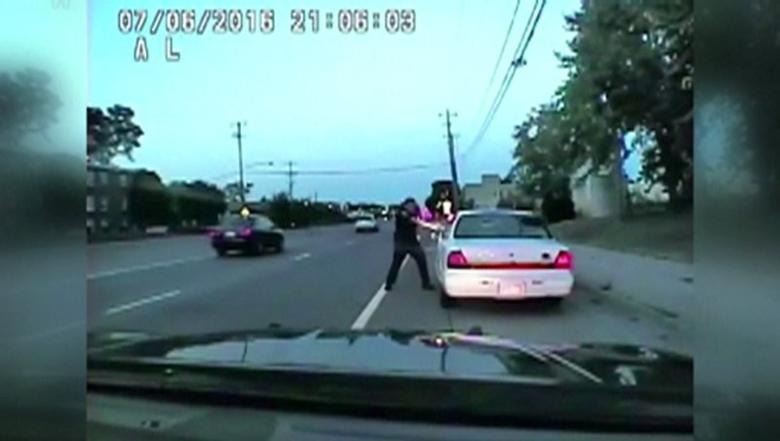 After Castile discloses he has a firearm, Yanez can be heard saying, “OK don’t reach for it then.”

Castile responds, “I’m, I, I was reaching for,” but before he finishes, Yanez, with right hand on his holster, says, “Don’t pull it out.”

“I’m not pulling it out,” Castile says.

The exchange takes less than a minute before Yanez fires seven shots.

Five rounds hit Castile and two pierced his heart, prosecutors said. Another officer, standing outside of the vehicle, can be seen jumping back in the video.

Yanez, the son of a Mexican immigrant, testified during the trial that he feared for his life after Castile began reaching for a firearm. That alleged action cannot be seen in the footage released Tuesday and Castile’s girlfriend, Diamond Reynolds, testified at trial that he never reached for the handgun he was licensed to carry.

Jurors acquitted Yanez even though prosecutors said he was not justified in firing his gun, saying Castile was courteous and non-threatening.

Yanez will not return to active duty, the city of St. Anthony said, adding that it was negotiating a “voluntary separation agreement” with him.

Castile’s family plans to file a civil lawsuit in federal court, a spokeswoman for the family’s attorney said.