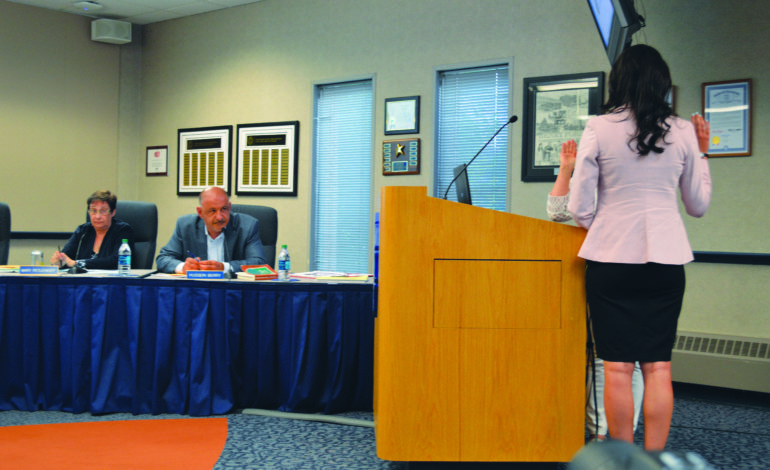 Much has been said and written about the Dearborn Board of Education candidates and the process to appoint a successor to now Judge Mariam Bazzi. Most of the rants on social media centered around a couple of themes: Adel Mozip should get Bazzi’s former seat because he received 11,000 votes during the last election, which he lost anyway; the other theme concerned the conspiracy theories swirling around the role allegedly played by the Arab American PAC (AAPAC) in the process.

There is another plausible theory out there; but first, let us talk about the rants and screams.

First of all, the process to appoint a successor to fill a vacant board seat is clearly spelled out under Michigan law and addressed in the bylaws of the Dearborn Board of Education. Trustee Hussein Berry’s abstention during the June 12 meeting counts as a vote with the majority (bylaws, 0167.1, second paragraph). Berry, his defenders and supporters claim that he did not know about this before voting, but ignorance of the law is not an excuse. He has been on the board on and off since 2009; he should know the consequence of his choice. As for whether he abstained or not, he clearly did as evidenced by his answer to the facilitator on June 12 (it is on video on YouTube — board meeting June 12, Part three, starting around minute 21:10).

The plot to seat McDonald or to pass the buck to Wayne RESA fails, but what remains is the divisions created in the process.

As for why the first loser of the last election does not automatically get selected, it is not state law, it is not in the bylaws and it does not make sense, considering that board trustees are elected in different years and not all at the same time, where it would be easy to select the eighth person, as is the case with the Dearborn City Council.

That being said, here is a logical theory as to what really happened. Berry wanted his close friend Roxanne McDonald to get on the board, especially because of the important decisions coming up (such as the selection of a new Henry Ford College president, as Berry himself said at the last meeting). He also wants her back because he owes her. (1) She did not run last year, which cleared the way for him to win a seat on the board. (2) He advised/convinced her to run for state rep. against now-State Rep. Abdullah Hammoud. The truth is that Mr. Berry wants McDonald back on the Dearborn Board of Education, but he could not overtly vote for her because of two reasons: (1) it is well known that she voted against the late Imad Fadlallah, whom he claims was his friend and “brother” and (2) because he needs to make the Yemeni community believe that he supports Adel Mozip, which he clearly doesn’t.

For his part, Mozip and his supporters seem to have been played by Berry from the get go. Mozip was told that AAPAC “fixed” the process and secured four votes before the process even started. These were the words Berry used in discussions with community leaders. It is not far fetched to think he spread that rumor. So, Mozip enters the process with guns blazing, firing everything at everyone and launching accusations instead of just promoting his candidacy.

Berry and his inner circle (read Nofila Haidar & Co.) pitted Mozip against Celia Nasser in an attempt to make McDonald look like the “non controversial” candidate. What a game! Berry first moves to send the process to Wayne RESA, thereby abdicating his responsibility and showing willingness to let someone else make the decision for him. He probably thought that RESA would pick McDonald because she is a former board member and has friends there.

When his motion did not even get a second, he decided to abstain without a clear legal justification other than saying, “on the advice of counsel.” One wonders what “counsel” did he use that did not point out to him the consequences of his abstention?

So, Berry abstains and the 3-2 vote in favor of Nasser becomes a 4-2 vote with his abstention and she is seated. The plot to seat McDonald or to pass the buck to Wayne RESA fails, but what remains is the divisions created in the process. Mozip and many in the Yemeni community are now angry and think there is some “Lebanese plot” against them. Sadly, there was, but it was the plot by Hussein Berry and his circle.

Hopefully, this community can heal soon and move forward to tackle the real issues it is facing, starting with too many deaths from car accidents and substance abuse.