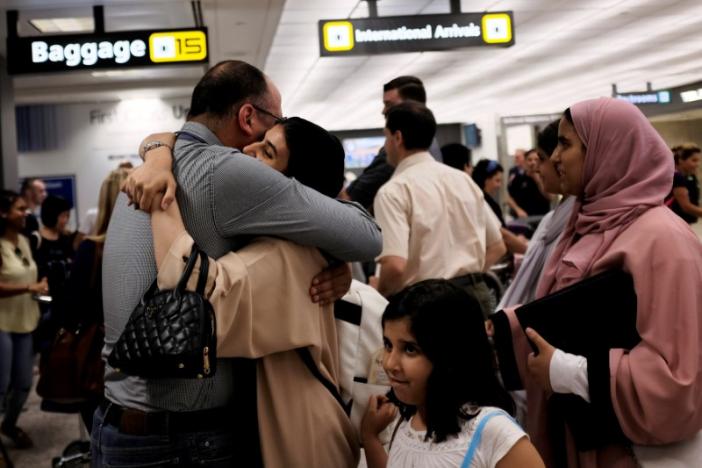 WASHINGTON- Grandparents, grandchildren and fiancés of people in the United States will be barred from getting U.S. visas under President Donald Trump’s temporary travel ban against citizens of six Muslim-majority countries taking effect on Thursday, U.S. officials said.

The administration also narrowly interpreted which refugees will be allowed into the country, saying that links with refugee resettlement agencies would not be enough to win them admittance, likely sharply limiting the number of refugees allowed entry in coming months.

The Trump administration’s temporary travel ban will go into effect at 8 p.m. EDT (0000 GMT Friday), but in a scaled-back form that still allows in some travelers from Iran, Libya, Somalia, Sudan, Syria and Yemen, following a Supreme Court order on Monday.

The Supreme Court exempted travelers and refugees with a “bona fide relationship” with a person or entity in the United States from the ban, which Trump signed in March and which opponents have said is discriminatory.

Refugee resettlement agencies had expected that their formal links with refugees expecting to come to the United States would qualify as “bona fide.” But U.S. officials said on Thursday that for now, that sort of relationship was not enough to qualify refugees for entry.

The U.S. government expects “things to run smoothly” and “business as usual” at U.S. ports of entry, a senior U.S. official told reporters.