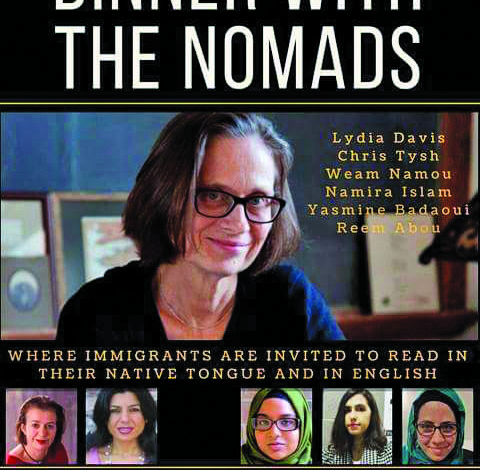 HAMTRAMCK — Haiti-born graduate student Stephanie Jean will be launching her new reading series in one of Michigan’s main immigrant cities, Hamtramck, on July 6 from 6:30 to 9:30 p.m. at Aladdin Sweets and Café.

Jean moved to the U.S. from Haiti twenty years ago and has been a Michigan resident for two years now— attending Wayne State University’s master of arts in English program with a focus on creative writing.

Her interest in writing and literature, as well as her move to the U.S. inspired her to found The Nomads Reading Series.

The emerging multilingual writer, who has been living in Hamtramck for a few months, wanted the immigrant community to come together and break barriers. She asked herself what better way than through literature that embraces languages and cultures of all sorts?

“The series was created to really celebrate culture and language,” she said, adding that readers are allowed to read in their native tongue or in English. “It is called the nomads because it is basically a literary series for and by immigrants.”

Jean said the July 6 event does not revolve around a performance, but rather sticks to the page.

“So, I am inviting people who write fiction, creative nonfiction, personal essays and poetry,” she said. “There’s a lot that happens on the page that is much more silent and is hard to convey in a performance.”

However, the event is not limited to writers. She said non-writers from the community who enjoy literature can also read some of their favorite pieces.

Jean said she plans on inviting at least one nationally recognized literary author for every reading event and managed to attract Lydia Davis to next week’s event.

“She’s the featured artist, so we will have books of hers,” Jean said, adding that Davis will close the show.

“So if people are interested in buying her books and getting an autograph, they can do that.”

“Part of the project is to bring nationally and even internationally recognized writers in contact with local writers,” Jean said.

She said the reading series basically offers a welcoming space to a broad range of writers and literature fans.

Jean has been organizing the event on her own, but she said if it wasn’t for the community of writers supporting her and spreading the word, it wouldn’t have happened.

She said forming a board can improve the caliber of the series, so anyone interested in becoming a member or a volunteer or in recommending established bilingual or multilingual immigrant writers can email her at thenomadsreadingseries@gmail.com.