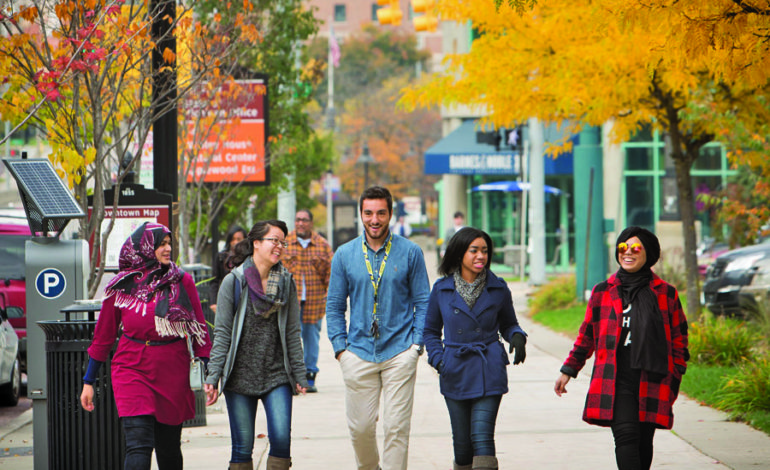 International student at the University of Michigan - Flint

DEARBORN — The ever-changing global perception of the United States is having an impact on the education industry.

The University of Michigan-Dearborn generated $24.4 million dollars from international students in 2015-16.

Suehaila Amen was the coordinator of international admissions for U of M-Dearborn from January 2015 until last month. Her job was to build their relationships globally to increase enrollment. Her office would target countries that provided scholarships for its students to study abroad.

During her tenure at U of M, Amen visited many countries, with a particular focus on the Middle East and Asia. While on a 2015 trip to Indonesia, she spoke to a group of 200 parents of potential international students. Some expressed concerns about sending their children to the U.S. She recounted one example to The AANews.

“Why should I put my 17-year-old Muslim daughter, who wears hijab, on a plane for 18 hours to a country that’s riddled with violence, ignorance and even has people running for president on a platform of hate?” one man had asked her.

“Sir, if your Muslim daughter, who wears hijab, is going to be safe in the United States, it’s going to be in Dearborn, because of its diversity,” she’d replied.

In January, Amen had to have a tough conversation with some students, telling them that if they were to go home to visit family and friends, they might not be able to return, because of the travel ban.

“These students are in communities that are not densely populated by immigrants,” Amen said, specifically of international students in Michigan, and putting the money issue aside. “And these students are bringing a new perspective, their cultures, their traditions to these communities. At the end of the day, whether people want to believe so or not, they are being enriched as human beings when they begin to learn about other people and other cultures.”

A trio of international students at U of M-Dearborn—one from Mexico, another from India, and a third from Kenya— told the AANews with a laugh that they didn’t plan to stay in the U.S. after graduation. All three said they plan to return home to their families.

One of the students said he had more respect for the American government and its people before the election of President Trump. He went on to say that when he returned to the U.S. from a visit with his family in February, immigration officers were “very vigorous” when searching his luggage and questioned him on his reason for leaving the country.

He also said his family has contacted him more often since the election because of fears for his safety.

According to Amen, many of her colleagues were stunned when she told them at a State Department conference about global perceptions of the West that students and their families had to be recruited.

“As you view these people in these third world countries to be ignorant or uneducated and to live in countries that live in constant fear or under duress, they see you as the same,” she told them.