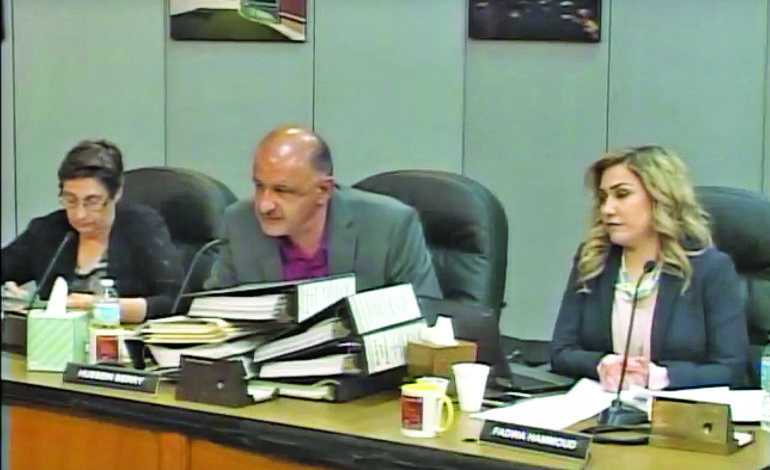 DEARBORN — A member of the Dearborn Board of Education is suing the board and its president over the appointment of the newest trustee. Trustee Hussein Berry announced the lawsuit during the June 26 board meeting after the new trustee, Celia Nasser, was sworn in by 19th District Court Chief Judge Sam Salamey.

The lawsuit comes on the heels of continuous complaints and allegations brought forth by Berry during board meetings and on social media. These allegations range from possible violations of the Open Meetings Act, to procedures and rules not being followed by Board President Mary Lane, to arguing whether or not Berry’s nonparticipation in the process constitutes an “abstention” within the meaning of Michigan law and school board bylaws.

According to court records, the lawsuit filed on June 26 was assigned to Wayne County Circuit Court Judge Daniel Hathaway, who denied Berry’s motion for injunctive relief that same day. The motion asked the court to immediately unseat Nasser and to count Berry’s “vote” as a vote against her.

(Note: Berry did not participate in the process or vote on Nasser’s appointment).

In addition to denying Berry’s motion, the court set September 26 as the date for a pretrial motion.

As part of the injunctive relief, Berry is asking the court to order Dearborn Schools and Henry Ford College to pay him attorney fees and monetary damages in excess of $25,000 on each of four counts centering around his allegation that the board denied him the opportunity to vote. During Monday’s meeting, as Nasser sat with her new colleagues before her swearing in, Judge Salamey spoke about the importance of the role board members play and of the appointment process.

“I profess that I did not follow this process in its entirety,” Salamey said. “But what I’ve seen is that it generated great interest, and it was a great debate.”

He added that it was derailed at times, but called upon the board and community members to “come together and to march forward with a sense of responsibility and a sense of community. And to purge any residual vestiges of negativity that this democratic process may have generated.”

Judge Salamey then administered the oath of office to Nasser, who’d initially been sworn in at the June 19 meeting at Henry Ford College. Lane told The AANews that the second swearing in was a formality.

The board then began addressing the meeting’s agenda. However, Berry interrupted the proceedings to announce the lawsuit and to reiterate his complaints about the process.

Berry then pulled out a stack of binders that he said included many of the school’s bylaws and policies.

“For us to memorize everything in here is literally impossible,” he said.

He also reiterated that he did not actually say that he abstained from voting, but merely that he would abstain from the process.

He then explained that he did not want the appointment process to be as complicated as it was, but he believed that there were still violations of the Open Meetings Act, although he has not specified what these alleged violations were. Nor were they part of his lawsuit.

Several times during the meeting, Berry spoke at length about his grievances with some of his colleagues and the process.

The board also heard comments from audience members. Former Trustee Roxanne McDonald, who’d resigned from the board last year in a failed bid for state representative, and who’d been a contender for the appointment Nasser had won, expressed her disappointment with the appointment process.

“I have nothing against her and I am fine with not being a member of the board,” McDonald said of Nasser. “There are many worthy causes to which I can devote my time and my energy. However, I am not fine with our beloved schools being used for political gain.”

She then called the process a “travesty” that tarnished the district’s reputation.

During the meeting, the board recognized graduates of Henry Ford College’s Collegiate Academy.

It also passed a welcoming resolution on behalf of the district.

Trustee Fadwa Hammoud, the chair of the policy committee, said that in the context of a national climate that has felt increasingly hostile to marginalized communities, including immigrants and refugees, the resolution reaffirms that the Dearborn Public Schools District is a welcoming community dedicated to principles of diversity and inclusion.

She added that people from across the country look to Dearborn as a model for diversity, and that is why the message to all students in the district is, “You are welcome here; you are valued here; we are a stronger because of the diversity of your experiences.”

Earlier that evening, the board held a farewell ceremony in honor of former Trustee Mariam Bazzi, whom Nasser replaced. Members of the board and the superintendent of schools spoke about the contributions Bazzi, now a Wayne County Circuit Court judge, made to the board and how they all enjoyed working with her.