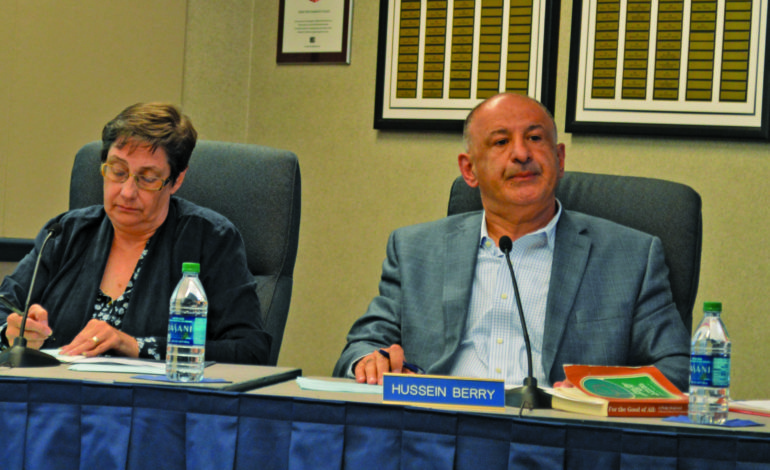 These past few weeks have been filled with political rants, social media gossips and legal threats. It has become hard to find the truth amid the sea of accusations. This is the new age of politics, it is the Trump era. Truth has no place in his White House and it seems that it has no place in Dearborn, either.

At the Dearborn Board of Education meeting, Trustee Hussein Berry, in a lastditch effort to stop a highly qualified Arab American woman from keeping her newly appointed seat on the board, announced that he’d filed a lawsuit against the school district, Henry Ford College and the board. He blames everyone for the chaos that has ensued. Everyone, that is, except the actual perpetrator— himself.

Let’s take a quick look at the facts.

In a poorly thought out political move, Berry decided it was in his best interest not to vote during the process of filling the vacant board seat. He has stated on multiple occasions that the process was tainted, but has yet to state anything concrete to substantiate his accusation. This is a classic Trump move. Throw out accusations but never back them up with evidence or proof.

Berry still has yet to state publicly whom he would have voted for if he had the chance to do it again. Would it be Adel Mozip, who failed to gain any support from the board despite his vocal community supporters? Would it be his friend, Roxanne McDonald, who helped him obtain his seat on the board by not running for re-election? Or would he just simply vote no to anyone who was presented. No one will ever know the real answer.

Abstained or not, this is the question

Did Berry abstain or did he not abstain? Another classic Trump move to distract from what is really going on. In an effort to cover up his poor decision making, Berry attempted to rewrite history by voting no on a motion to accept the recorded minutes of the last Board of Education meeting. He claimed that he didn’t abstain, but rather didn’t participate.

Maybe he thinks that people are stupid and don’t know that the definition of abstaining is to not participate. The fact is we don’t have to rely on a written account of the meeting, because several people videotaped the meeting, including the official district videographer. Berry may have attempted to twist words and confuse people, but the fact remains that he was asked if he was abstaining and his answer was yes.

Then there is the lawsuit. When all else fails, Trump proudly boasts about legal action. Berry threatened legal action for alleged illegal activities by the board, yet he didn’t file a complaint with the state’s attorney general. Instead, he chose to file a lawsuit in civil court.

Why did he take this route? Simple. He is seeking monetary damages, not criminal charges. He is suing the district that he claims to love for his own financial gain. To be fair, his gain AND his lawyer’s gain, since he is also seeking to have the district cover his legal fees. Why does Berry want to take precious financial resources away from the district and the students that he claims to care so much about?

As a first step in the effort to repair the damage done by the careless tirades of Hussein Berry, Adel Mozip and their supporters, members of the community gathered around the table to start a dialog in a sincere effort to begin the healing process. But just like Trump, Berry couldn’t help himself. Instead of being a part of the solution, he sat on the sidelines and criticized the meeting. He tried to inflame his supporters to go for blood by connecting this meeting to his latest campaign for Nofila Haidar and painting her as a victim.

While we don’t care about people’s personal relationships, the issues were completely separate and he shouldn’t use the community and the kids to settle a score. These dedicated and responsible community leaders were attempting to bring level-headed dialog back to the forefront, but were instead vilified for trying to move forward.

In today’s political landscape, it’s apparent that the TRUTH has no place. The voices keep shouting “justice”, but maybe what they’re really saying is “Just US!” Eventually, the truth always comes out.