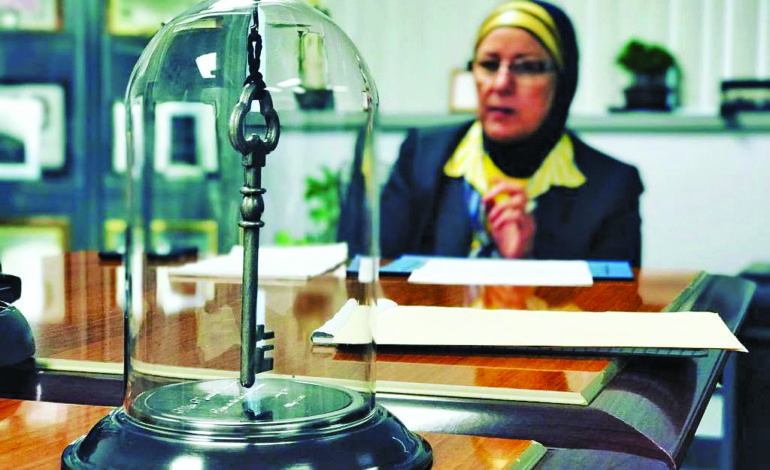 DEARBORN HEIGHTS — Few know the barrier-breaking story of Nawal Hamadeh, president and CEO of Hamadeh Educational Services, despite her accomplishments.

In 1998, Hamadeh did what few women had up to that time. She opened two charter schools, Star International Academy in Dearborn Heights and Universal Academy in Detroit.

In doing so, the Lebanese American immigrant opened doors of leadership for women, specifically immigrants, which can no longer be closed.

In an interview with The AANews, Hamadeh said she had never felt limited, but acknowledged that she has had to overcome doubt from people in the community.

“For example, when you’re dealing with the public, they automatically assume that your husband is doing the work,” she said. “They don’t give you credit. I say, ‘No, I’m doing this.’ …It takes a while for people to absorb it… Then, when they start interacting, they change their view completely. ”

However, Hamadeh did not allow those challenges to restrict her in any way and she continued to focus on serving the children in her community.

She said having her own children inspired her career in education, as they made her see that she was more of a teacher than a lawyer— which was her original career path.

She initially majored in history and political science on a pre-law track at the University of Detroit, receiving her bachelor’s degree in 1974. But instead of attending law school, she went on to receive her master’s degree in educational leadership and a secondary teacher certification in history and social sciences from Eastern Michigan University in 1993.

After that, Hamadeh started her career teaching in private schools. She recognized that, as great as these schools are, their cost is a burden on many families.

“Many families’ needs are also not met at [public schools],” she said. “And, the charter school movement began to emerge in the mid-90s. When I learned about it, I found it to be the medium between private and traditional, which would make it the perfect fit for the community… So I left the private school setting.”

Hamadeh applied to open her own charter school in 1996 and received license approval two years later.

At first, her main goal was to establish a small school that could embrace about 125 students, but things took a different turn.

“All I wanted to do was just teach kids and make a difference in their lives,” she said. “We received over 625 applications… It was very overwhelming and it was very heartbreaking to deny people the opportunity to enroll their kids, so we ended up admitting as much as we could.”

Approximately 325 students were admitted to the two schools, which were initially Pre-K through seventh grade. Hamadeh and her team then added a grade each year due to demand, until classes went up to 12th grade.

“The demand in itself [formed] a need to facilitate and expand to meet the needs of as many families as possible,” she said.

Like any other professional, she faces challenges that she and her team strive to resolve. What makes all the hard work worthwhile is the students’ success and appreciation.

She said it’s gratifying to see the difference she’s made in students’ lives, as they graduate from college and go on to become successful.

Hamadeh has devoted her career to educating children for more than 30 years and plans to continue to do so. She’s currently working on her Ph.D at Northcentral University and is expected to complete her studies next year.  She said her doctorate will allow her to continue to serve her students through up-to-date technology.

Hamadeh also plans to travel around the world to check out the different educational systems available in hopes of improving her own schools, as well as others in the U.S.

“I am not selfish,” she said. “As long as it serves kids, I am open to sharing it with the world.”

Hamadeh said her motto is to do what’s right with passion and quality, and to sleep well at night.

She also said work standards have changed over the years and advised the younger generation to return to the fundamentals.

“When you have a goal in mind, stay focused and be ethical,” she said.

Both Hamadeh and Hamadeh Educational Services have received numerous awards, including NES being honored as a Diversity-Focused Company by Corp! Magazine and Hamadeh being named as the Michigan Association of Public School Academy’s (MAPSA) “Administrator of the Year” in 2007 and the Arab American Women’s Business Council’s “Arab American Business Woman of the Year” in 2008.