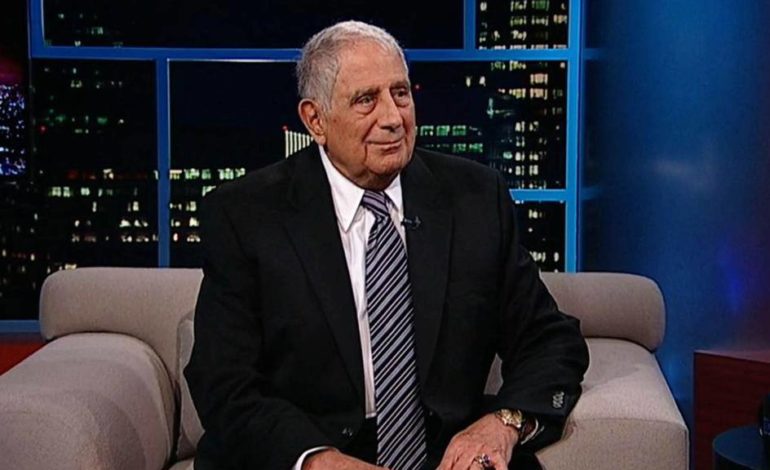 Charleston, S.C.—Renowned scholar Jack Shaheen, who spent his life breaking stereotypes of Arab Americans and Muslims in the media, died Sunday, July 9 at Medical University of South Carolina in Charleston. He was 81.

Shaheen was an internationally acclaimed author, lecturer and media critic considered to be a pioneering voice battling the false depictions of Arabs and Muslims as villains in American pop culture.

Shaheen also worked to diversify his field of study by creating scholarships for Arab American college students through organizations like the American Arab Anti-Discrimination Committee and the Center for Arab American Philanthropy.

“I want to see the Arab humanity in films that really reflect, that show Arabs pretty much like ordinary people,” he told NPR’s Michel Martin in 2007.

He authored five books: the award-winning “Reel Bad Arabs: How Hollywood Vilifies a People”, “Guilty: Hollywood’s Verdict on Arabs After 9/11″’ “Arab and Muslim Stereotyping in American Popular Culture”, “Nuclear War Films”, and “The TV Arab.” The trailblazer’s work dismantled the tropes that branded Arabs and Muslims as barbaric and backwards— inspiring an entire generation of scholars to follow in his footsteps.

Born to Lebanese immigrants in 1935 in Clairton, PA, Shaheen became a professor emeritus at Southern Illinois University Edwardsville, as well as a visiting scholar at New York University’s Hagop Kevorkian Center for Near Eastern Studies.

According to an interview with AramcoWorld in 2016, Shaheen said his children, Michael and Michele, attracted him to his career decades ago when they told him there were “bad Arabs” on TV. Shaheen said he realized they were “growing up without ever having seen a humane Arab in a children’s cartoon.”

One of Shaheen’s most eminent triumphs involved convincing Disney to alter some of the song lyrics of the movie “Aladdin” in 1993.

From a faraway place

Where the camels roam.

Where they cut off your ear

After many protests, Disney eliminated the lines “Where they cut off your ear/ If they don’t like your face.”

Shaheen said in a Dec. 21, 1992 op-ed in the Los Angeles Times that the animated film was a “painful reminder to 3 million Americans of Arab heritage… that the abhorrent Arab stereotype is as ubiquitous as Aladdin’s lamp.”

“We in our family, we say that he was a great humanist,” Michael Shaheen, Shaheen’s son, told NPR on Monday. “He was a man who shared with not only his family, but with everyone he met, irrespective of class, race, religion or orientation of whatever kind. … He lived his life that way, always.”

Shaheen is survived by his wife, Bernice, as well as their children, Michele and Michael, and grandchildren.