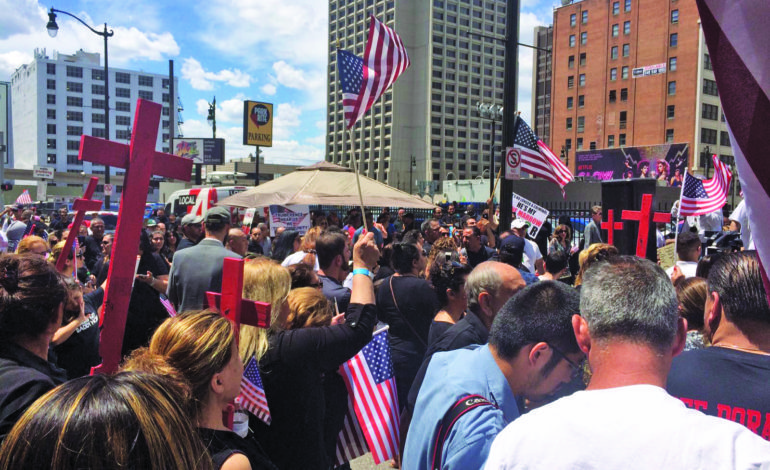 DETROIT- On Tuesday, a U.S. judge ruled that the government cannot immediately deport nearly 200 Iraqi immigrants arrested last month who argued they would face persecution if they were removed from the country.

U.S. District Judge Mark Goldsmith in Michigan said he had the authority to order the government to keep the Iraqis in the county while their deportation cases proceeded in immigration court.

Many of 199 Iraqis detained – largely in the Detroit area and in Nashville – were Chaldean Catholics and Iraqi Kurds. Both groups say they could be targeted for attacks in Iraq because they are visible minorities.

Those arrested by immigration authorities had outstanding deportation orders and many had been convicted of serious crimes, ranging from homicide to weapons and drug charges, according to the U.S. government.

In his ruling, Goldsmith said sending the Iraqis back now would expose them to a “substantiated risk of death, torture, or other grave persecution before their legal claims can be tested in a court.”

A Justice Department spokeswoman declined to comment.
Some of those arrested came to the United States as children and committed their crimes decades ago, but they had been allowed to stay because Iraq previously declined to issue them travel documents.

That changed after Iraq agreed in March to start accepting U.S. deportees as part of a deal that removed the country from President Donald Trump’s revised temporary travel ban.