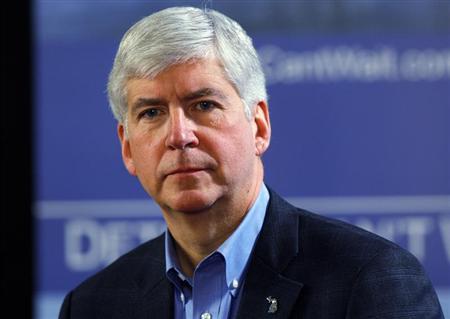 LANSING- On Tuesday, Governor Rick Snyder signed legislation making genital mutilation of girls a state felony punishable by up to 15 years in prison, both for doctors who perform the procedure and parents who transport a child to undergo the surgery.

Genital mutilation of girls, typically involving removal of all or part of the clitoris, is banned by several international treaties but remains a common cultural or religious practice in some African countries, including Somalia, Sudan and Egypt.

The package of 13 bills signed by Snyder, a Republican, was spurred by the case of an emergency room physician, Jumana Nagarwala, who was charged in April under federal law with performing genital mutilation on two 7-year-old girls at a suburban Detroit medical clinic.

Another doctor and his wife who ran the clinic also have been charged in that case, believed to mark the first U.S. criminal prosecution of its kind. The three defendants could face prison terms of up to five years if convicted.

The three, who are members a small sect of Indian Muslims known as the Dawoodi Bohra, according to local media reports, have pleaded not guilty, court documents show.

Shannon Smith, an attorney for Nagarwala, has argued in court that her client used a “scraper” on the girls’ genitals to perform a religious ritual but said that Nagarwala did not cut the girls, the Detroit Free Press reported in April.

“Those who commit these horrendous crimes should be held accountable for their actions, and these bills stiffen the penalties for offenders while providing additional support to victims,” Snyder said in a statement.

“This legislation is an important step toward eliminating this despicable practice in Michigan while empowering victims to find healing and justice.”

The practice was outlawed in the United States in 1996, but Michigan’s laws are now tougher than the federal regulations. Prior to Tuesday, 25 states had laws against the practice, according to Equality Now, a women’s rights organization.

A health professional convicted of female genital mutilation can also have their registration or license permanently revoked, under Michigan’s new laws.

The World Health Organization has estimated that more than 200 million girls and women alive today have undergone genital mutilation, which can cause lasting health problems.