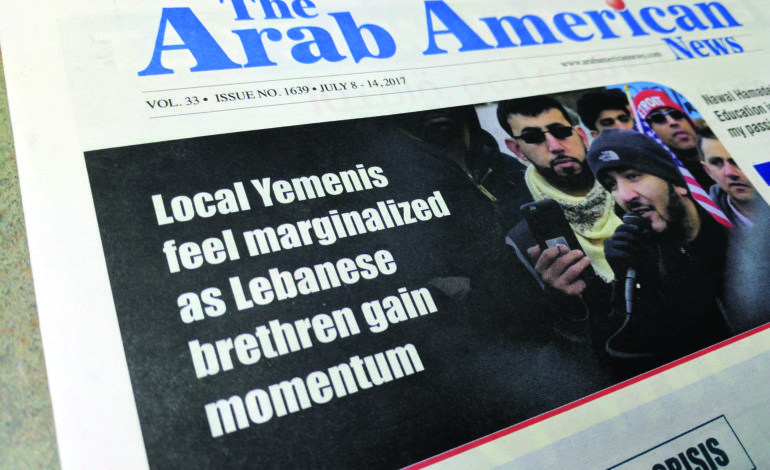 It is a known fact that Dearborn has the highest concentration of Americans of Arab descent, some thriving more than others, in part due to their long history in this nation. For many reasons, internal segregation, which tends to stem from religious separation, politics and tribalism, has truly become a community concern.

However, they may have missed the point the article was trying to make from a primarily journalistic and historical perspective.

Journalism comes with the duty to report what is observed and to fairly present all sides of an issue. Some in Dearborn accused the article, which openly addressed the marginalization Yemeni Americans feel, of “dividing” the community.

If people delve into social media posts by Arab Americans in the community, they’ll see that this issue was raised as disputes arose during the Dearborn Board of Education’s process of appointing a new trustee. Lebanese American businesswoman Celia Nasser was eventually appointed following bitter arguments among the board members and within the community.

Religious leaders have either done nothing or not enough to bring people of different faiths or sects together — intensifying the segregation instead.

Many supporters of Yemeni American candidate Adel Mozip, who unsuccessfully ran for a seat on the board in 2016, felt he was robbed of the position because of his Yemeni background.

Community members, including Lebanese Americans, took to Facebook to speak of the discriminatory Lebanese mindset that they believe dominates the community in Dearborn.

When such issues are being publicly discussed on social media, causing online brawls, it’s the paper’s responsibility to investigate and report on debates in the city. That is our duty, not only as the voice of Arab Americans, but also as the sole newspaper of record in Dearborn.

History of intra-marginalization among Arabs Generally, immigration of Arab Americans to the U.S. started with Lebanese and Syrian Christians, who settled primarily in Brooklyn and Boston in the late 19th century. By the 1920s, approximately 100,000 Lebanese Christians were living in various cities across the U.S., including Detroit.

The second wave of immigration began in the 1940s and continued steadily through the early 1990s, when millions of Arabs were escaping war, political instability and economic strife. It wasn’t until the 1960s that Lebanese Muslims specifically began to immigrate in large numbers.

In many ways, those early Arab Christian immigrants paved the way, starting off with nothing and succeeding in becoming one of the most effective immigrant communities in the country. However, the Lebanese Muslim immigrants could not largely rely on their Christian countrymen’s accomplishments. Rather, they had to start from the bottom, as religious segregation had already been a conflict in their own homeland.

According to a 2014 Michigan Radio interview with Arab American National Museum researcher Matthew Jaber Stiffler, Dearborn changed in 1975 after civil war broke out in Lebanon.

“At that time, you had a lot of Lebanese Muslims coming from southern Lebanon,” he said. “Entire families, almost entire villages, would come and resettle here in Dearborn.”

Dearborn’s Arab American community is almost entirely comprised of Lebanese, Iraqis, Yemenis and Palestinians, with the Lebanese making up the largest segment and Yemenis comprising the fastest-growing demographic.

Lebanese Americans in Dearborn strived to reach the summit in educational, political and professional positions. They later reached those goals, creating countless opportunities for their children.

Despite these successes, there’s still a problem.

Additionally, religious segregation among Muslims and Christians, as well as an overall Muslim sectarianism, are rampant. That’s also undeniable as some religious leaders have either done nothing or not enough to bring people of different faiths or sects together— intensifying the segregation instead. And sadly, Dearborn’s mosques tend to serve sects rather than all Muslims.

Instead of denying, look for solutions

We concluded last week’s article by reporting that local organizations and community members were vowing to work together to undo disparities that cause more internal harm to the Arab American community. Their overall goal was to do away with our internal conflicts in order to effectively and collectively fight the discrimination we all face. We agree.

In Our Opinion: Palestine needs us. Let’s not disappoint her