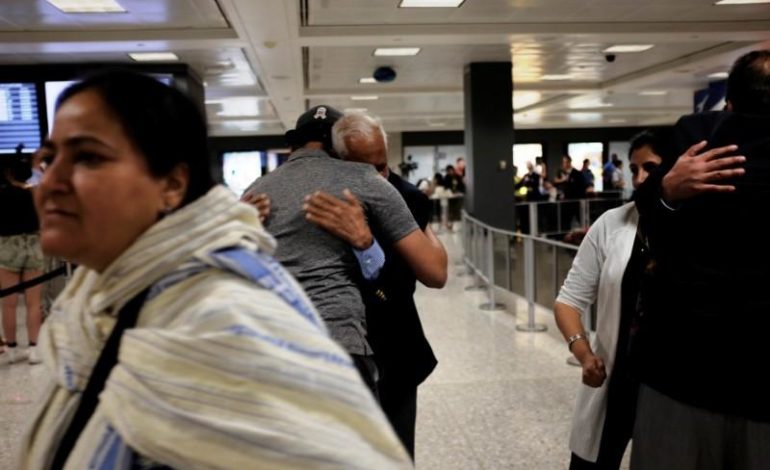 The memo, or cable, from U.S. Secretary of State Rex Tillerson was sent to all U.S. diplomatic posts overseas on Friday after a U.S. district judge in Hawaii issued a ruling late on Thursday limiting the scope of the administration’s temporary ban on refugees and travelers from the six countries.

U.S. District Judge Derrick Watson in Honolulu found the government cannot bar grandparents and other relatives of United States citizens from Iran, Libya, Somalia, Sudan, Syria and Yemen from getting visas under the ban.

Watson declined to put his ruling on hold pending appeal, meaning it went into effect immediately. The administration has asked the Supreme Court and the San Francisco-based 9th U.S. Circuit Court of Appeals to block the decision.

The July 14 cable updated the definition of “close family” that are exempt from the temporary travel ban laid down in Trump’s March 6 executive order.

The cable reversed the State Department’s previous, narrow definition of close family and stated that “grandparents, grandchildren, brothers-in-law, sisters-in-law, aunts and uncles, nephews and nieces, and cousins” are eligible for visas.

Consulates and embassies do not need to reopen any visa applications refused under the prior, narrower definition of close family members, the cable said.

Between March 10 and March 17, Tillerson issued four cables, originally giving instructions on implementing the travel ban, then rescinding much of his guidance because of court rulings and because it had been issued without approval from the White House Office of Management and Budget.