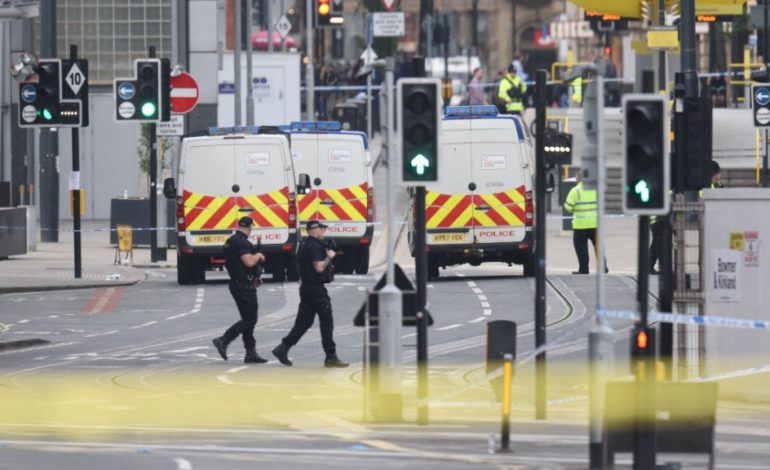 Scene of the Manchester Arena explosion/Reuters

WASHINGTON ― The number of terrorist attacks worldwide and deaths from such attacks dropped in 2016 for the second straight year, driven by decreases in Afghanistan, Syria, Nigeria, Pakistan and Yemen, the State Department said on Wednesday.

The total number of terrorist attacks in 2016 dropped 9 percent compared to 2015, while fatalities caused by the attacks fell 13 percent, the department said in a report on global terrorism.

ISIS was the deadliest terrorist group last year, carrying out 20 percent more attacks in Iraq and causing 69 percent more deaths there compared to 2015.

Data compiled by the University of Maryland for the State Department showed there were a total of 11,072 terrorist attacks worldwide last year, resulting in more than 25,600 deaths. Of those deaths, 6,700 were of perpetrators of the attacks.

The report spoke positively of recent efforts by Sudan, which was placed on the list of U.S.-designated state sponsors of terrorism in 1993 because of its support of Palestinian and Lebanese militant groups.

“Notwithstanding this history, countering terrorism is today a national security priority for Sudan, and Sudan is a cooperative partner of the United States on counterterrorism,” the report said.

Other U.S.-listed state sponsors of terrorism are Iran and Syria.

State Department spokeswoman Heather Nauert told reporters in June that no matter what decision is made on the Sudan sanctions, the designation of Sudan as a state sponsor of terrorism will remain in place.