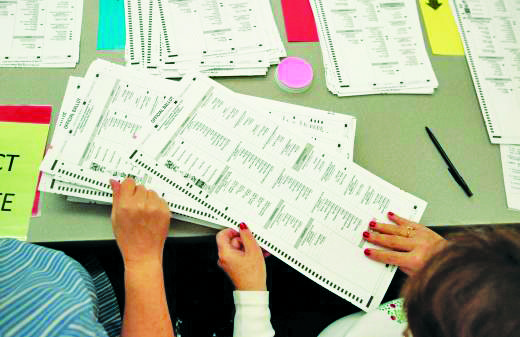 DEARBORN — Although voters and candidates in Dearborn are preparing for the Aug. 8 primary election, not all communities in Metro Detroit have primaries. These are the communities in Oakland, Washtenaw, Wayne and Macomb Counties that will:

In Oakland County, candidates in Pontiac are running for mayor and for council positions in districts one, four and five.

In Washtenaw County, Ann Arbor City Council seats in wards one, three, four, and five are up for grabs. Second Ward Councilman Jared Hoffert is unopposed, so there is no primary election for his seat.

Various proposals on the primary ballot in Washtenaw County include the Water Street Debt Millage Proposal in Ypsilanti; a proposal regarding broadband Internet in Lyndon Township; a fire service and medical rescue millage proposal in Northfield Township and a bond proposal for Dexter Community Schools.

Wayne County has the most issues and positions at stake in the Aug. 8 primaries.

In Detroit, voters will make their choices regarding the mayor, city clerk, at-large City Council seats and Council seats in districts 1-4, 6 and 7.

Voters in Taylor and Westland will also go to the polls Aug. 8 to choose candidates for those communities’ respective City Councils.

Ballot proposals in Wayne County include a bond proposal regarding public safety and public services in Grosse Pointe and operating millage renewals in both the Huron School District and the Romulus Community Schools. The latter also has a sinking fund millage proposal.

There are no Arab American candidates running for seats in Macomb.

In Memphis, which straddles Macomb and St. Clair Counties, voters will decide on a millage proposal for Memphis Community Schools concerning a building and site sinking fund tax levy.

Polls are open from 7 a.m. to 8 p.m. on Election Day. Voters can use the Secretary of State site to track their absentee votes, verify voter registration and view sample ballots.

Cameras are prohibited at the polls.

Registered voters who go to the polls without a photo ID may still vote; however they must sign affidavits first.

To see if you are registered, visit the Michigan Secretary of State website, www.michigan.gov/sos.

Other helpful websites for looking up information on candidates and ballots are: