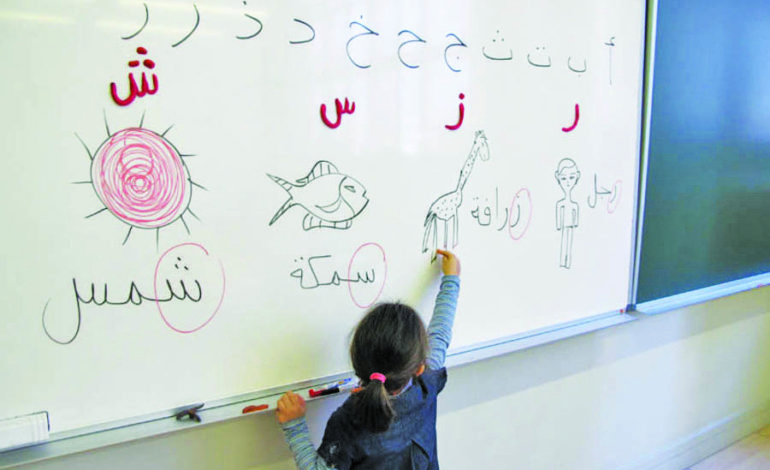 DEARBORN — Michigan first welcomed Arabs back in the 1880s when Lebanese and Syrian immigrants arrived in the city of Detroit seeking employment.

The Arab American community has continued to grow, and with it their mother tongue. It’s now the most popular foreign language in the state.

Weekend Arabic programs for kids formed across Metro Detroit. Hamadeh Educational Services’ charter schools and private schools, such as the Muslim American Youth Academy and Great Revelations Academy, are most recognized for their focus on the Arabic language. Even Dearborn’s public high schools offer Arabic— which is not a norm in other districts.

According to 24/7 Wall St., LLC, a financial news and opinion company, more than 132,000 Michigan residents speak Arabic at home and the state is only one of four where the language is most articulated.

The study left out Spanish, which is recognized as the second most spoken language after English.

The company conducted the report by reviewing data from the U.S. Census Bureau’s 2015 American Consumer Survey on languages spoken most frequently at home. Data on ancestry was also taken into account.

The Arabic language’s popularity in Michigan primarily relies on residents’ ancestry, which tends to push Arab American parents to teach it at home.

But, they still face a struggle to motivate their children.

“When my son was around 7-years-old, he barely spoke the language,” a local mother told The AANews. “My husband and I speak it at home all the time, but he used to say it’s difficult and never tried.”

The mother said her son understood their conversations, but never replied in Arabic.

“There was always that thought in his head, ‘I don’t have to if I live here,'” she said. “So you really notice how heavy his pronunciation is now.”

The boy’s parents enrolled him in an Arabic program, but they believe there’s still a long way to go when it comes to his articulation. On the other hand, he does an excellent job on his Arabic schoolwork. Sami Balboul, a teacher who retired this year, said Arabic wasn’t as popular 10 years ago when he first started teaching it at Fordson High School. But, year after year the interest increased.

He said most of his students registered for his Arabic class because their parents wanted them to, because of the two year foreign language requirements or as an easy A— not out of pure interest.

“A few would [tell me] they are taking the class because of their religion or because they’re Arab,” he said. “So, parents need to educate their children at a young age about the importance of the Arabic language.”

He said that 99 percent of his students are Arab Americans and many eventually change their minds after he talks to them about Arabic’s significance. Balboul explained to them that Arabic is an asset to their personal and professional lives overall.

“We cannot communicate with families overseas in English,” he said, adding that it’s a way to connect students to their Arab roots.

Balboul also raised issues of teaching Arabic in the district, like a lack of highly qualified Arabic teachers in the area,

“As a teacher of Arabic, you are supposed to be qualified to teach,” he said. “It’s not only about methodology, but I’m talking about subject matter.”

He added that schools lack good textbooks and it’s also difficult to have students of different levels in the same class. He said there’s also a lack of motivation in students that needs to be worked on primarily by parents and then by Arabic teachers.

“The first school that teaches languages is home,” he said. “I’m sorry to say our parents need to work hard.”