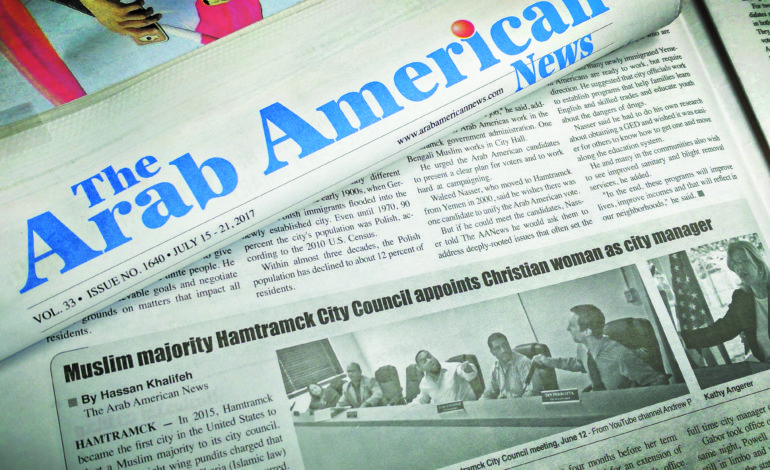 HAMTRAMCK — When the voters of Hamtramck elected four Muslims to the City Council in 2015, it made headlines nationally and internationally on media outlets like the Washington Post, the New York Daily News, CNN, Fox News and more as a seemingly oxymoronic move in an “American city”— as if those public officials’ Islamic faith contradicted their American identities.

At the time, media outlets across the nation speculated— with no basis in fact— that the first “majority-Muslim” council would enact “sharia law”, while right wing commentators took the opportunity to attack the City Council and falsely claim terrorists had invaded the city. Some even dubbed it “Shariaville, USA.” Many people relied on their accusations and on the misrepresentations of Muslims in the media— specifically the groups that tarnish the identities of true Muslims for political and financial gains, while having nothing to do with Islam itself.

The Muslim Council members chose the person they felt best qualified to serve as city manager. Her religion, and theirs, were beside the point. And that’s our point.

According to an interview with Teen Vogue, after her election in November 2015, Hamtramck Mayor Karen Majewski was asked if she feared being in her own city. She found the question bizarre.

In an article entitled, “In the first majority-Muslim U.S. city, residents tense about its future”, the Washington Post wrote, “Hamtramck is a microcosm of the fears gripping parts of the country since [ISIS’] attacks on Paris: The influx of Muslims here has profoundly unsettled some residents of the town long known for its love of dancing, beer, paczki pastries and the pope.”

This fear and outrage undoubtedly caused people to forget the First Amendment’s “separation of church and state.”

Despite the baseless claims that Hamtramck would become subject to sharia law, the Muslim majority City Council appointed Kathy Angerer, who happens to be a Christian, as city manager. In fact, all four of the Muslim members of the Council voted for her, while the remaining two members, both non-Muslims, did not.

We reported this news last week in an article entitled, “Muslim majority Hamtramck City Council appoints Christian woman as city manager.” And we chose that headline as a counterpoint to those that circulated two years ago. In contrast to the speculation that the Muslim majority Council would force certain aspects of Islamic culture on the people of Hamtramck, every one of the Muslim Council members voted for a woman of a different faith.

Why? Because her qualifications are what matter, not her religious beliefs.

Even so, some readers found it offensive that we brought up religion. We agree that it’s irrelevant in most cases, but not this time. The headline was an appropriate response, given the nature of the accusations two years ago.

And despite the fact that Jews, Christians and Muslims worship the same God, Muslims are considered the “other”, as if the free practice of religion under the First Amendment doesn’t apply to them.

The Hamtramck City Council acted contrary to the media’s expectations because those expectations were narrowly— and pointlessly— focused on religion. The Council members were more concerned with the day-to-day operation of city government and chose the person they felt best qualified to serve as city manager.

Her religion, and theirs, were beside the point.

And that’s our point.