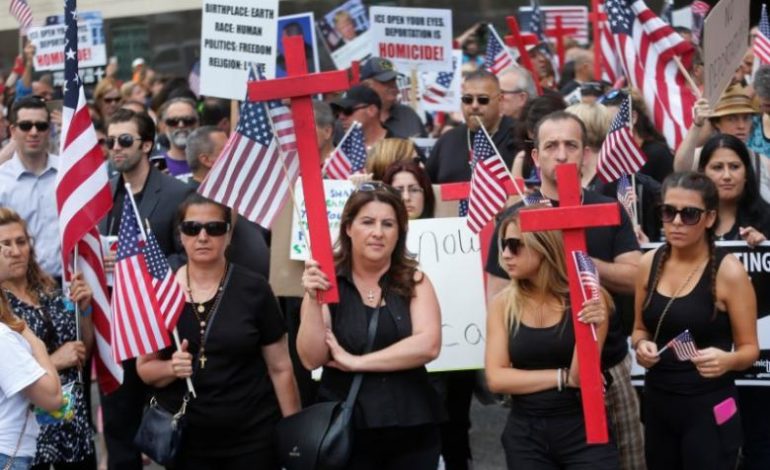 DETROIT – On Monday, a federal judge halted the deportation of more than 1,400 Iraqi nationals from the United States, the latest legal victory for the Iraqi nationals facing deportation in a closely watched case.
U.S. District Judge Mark Goldsmith granted a preliminary injunction requested by American Civil Liberties Union lawyers, who argued the immigrants would face persecution in Iraq because they are considered ethnic and religious minorities there.
Goldsmith said the injunction provides detainees time to challenge their removal in federal courts. He said many of them faced “a feverish search for legal assistance” after their deportation orders were unexpectedly resurrected by the U.S. government after several years.
Goldsmith wrote, in his 34-page opinion and order, the extra time assures “that those who might be subjected to grave harm and possible death are not cast out of this country before having their day in court.”
The decision effectively means no Iraqi nationals can be deported from the United States for several months.
It was not immediately known whether the U.S. government would appeal. A representative for the U.S. Attorney’s Office in Detroit was not immediately available for comment.
There are 1,444 Iraqi nationals who have final deportation orders against them in the U.S., although only about 199 of them were detained in June as part of a nationwide sweep by immigration authorities.