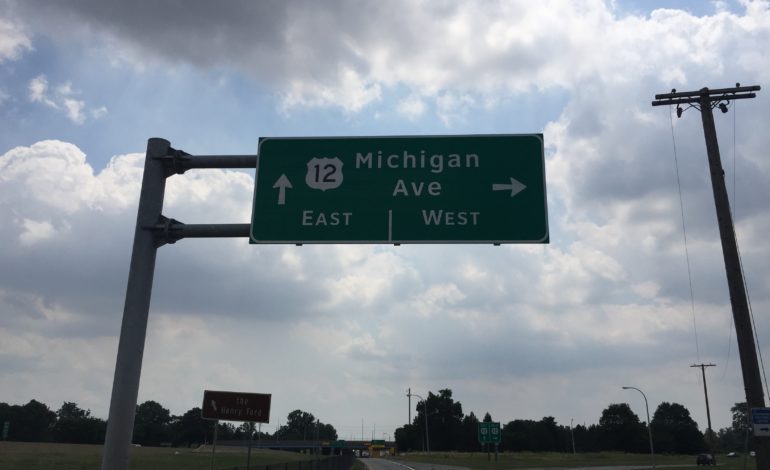 DEARBORN— On July 20, members of the community met with business owners and members of the Downtown Dearborn Alliance at Joe’s Top Dog on Michigan Avenue in east Dearborn to discuss ways Dearborn can become a more cohesive community.

According to its website, Mainstreet.org, Main Street America, “protects the historic character of cities and towns across the country, and promotes shared prosperity.”

Downtown Dearborn Executive Director Christina Sheppard-Decius led the event. She said they’re talking to as many people as they can to generate ideas and game plan how to make them happen.

She said the alliance looked at a market survey in west Dearborn that found shoppers were not traveling from west to east Dearborn.

“Even our residents aren’t going east and west as much as we need them to,” she said, adding that one of the main goals is to get people to shop, eat and travel between east and west Dearborn.

Another aspect of the city Sheppard-Decius discussed at the community meet up was building design.

“When you look at the bones of our buildings in our districts, we do have really good bones,” she said. “But, unfortunately, they may have taken on some extra layers of fat.”

She spoke about how transforming these buildings back to their original glory will help the image of the city for residents and visitors alike. She also said a few committees have been created to begin to transform the city.

Katie Merritt, co-owner of Green Brain Comics on Michigan Ave., is also vice chair of the alliance’s Promotions & Organization Committee. It helps facilitate events and get the community involved in the city. Specifically, according to one of its flyers, it “helps put on events, encourages merchant involvement, organizes promotions and spreads the good word about downtown Dearborn.”

Merritt has been with Green Brain Comics (formerly Comics Plus), since 1988. She and her husband, Dan, purchased the store in 1999 and changed the name two years later.

Other committees include the Design & Economic Vitality Committee, which is in charge of “façade & streetscape improvements, design guidelines, history, public art projects and improving the overall aesthetics of downtown Dearborn.”

Sheppard-Decius said she encourages anyone and everyone to volunteer to participate in these committees. She told a story about a time she worked in another community.  A volunteer, who was a landscape architect, saved them tens of thousands of dollars creating design concepts for the city free of charge; in one case alone, the volunteer saved the city almost $60,000.

One attendee said when she was younger, she would start out having something to eat on the west side, then take a bus to the east side to shop. By contrast, she said that nowadays, “we get in our car, we go someplace, then we go home.”

The attendee also reminisced about how the kids would jump on their bicycles and ride around town. One of the goals of this alliance is to get community members off their phones and engaged with one another in a town square environment.

One middle-aged couple who raised their family in Dearborn over the last 30 years expressed a hope that the arts community that’s developed in Detroit can trickle down Michigan Avenue and into Dearborn.

Joe’s Top Dog, which hosted the event, opened 35 years ago in August, two months after Joe and Zoja Bojovic got married. Their son, Joseph, now a college graduate, helps run the business alongside his father. On Fridays, the restaurant transforms into a jazz club resembling a New York City nightclub.

Another community meet up will be held on August 25 at the West Village Commons in west Dearborn from 5-6 p.m.