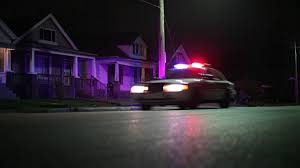 DEARBORN- A man with a concealed pistol permit shot two following an altercation inside a local business located around Tireman St. and Greenfield.

At approximately 11 p.m. on August 2, Dearborn police responded to a report of a shooting inside a gas station.

At the scene, a man approached police officers and revealed he he had a concealed pistol permit and was involved in the dispute.

The officers found two men with multiple shot injuries when they walked inside the business. Despite their wounds, they were still able to speak with officers.

The men were transported to a local hospital and are currently in stable condition.

From initial interviews, police found that all parties involved know each other.

“This is an ongoing investigation and my investigators will continue to interview witnesses and gather evidence pertaining to this case,” Chief Ron Haddad stated. “We will confer with the Wayne County Prosecutor’s Office to determine what charges, if any; will be brought against the individuals involved in this incident.”