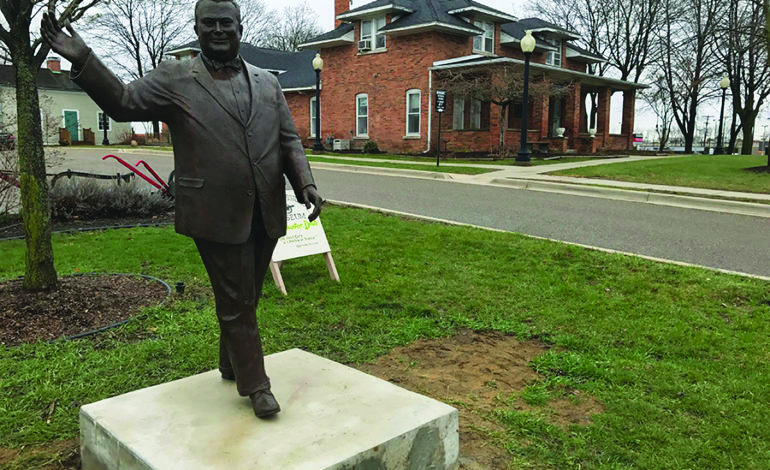 DEARBORN — Five months after the city placed the controversial statue of former Mayor Orville Hubbard on the Dearborn Historical Museum’s lawn, it has been moved again.

The statue had been in front of the building on Brady Street, but now it’s on the side of the McFadden Ross house, further away from public sight.

According to the Detroit Free Press, the museum plans on moving the statue inside once remodeling is done.

The statue was originally placed in front of Dearborn City Hall in 1989, but was removed and placed in storage after the building was sold in 2015. It was quietly positioned again in March on the Dearborn Historical Museum’s front yard.

Hubbard, mayor from 1942 to 1978, was a vocal proponent of racial segregation.

Residents and civil rights organizations had previously requested removing the monument, amid national upheaval about racist symbols like the Confederate flag.

Hubbard made anti-Black statements and tried to discourage African Americans from moving to Dearborn.

He openly used the n-word. During the Detroit rebellion of July 1967, he ordered the police to shoot looters on sight.

He gained national fame for his views and became known as the North’s last segregationist.

“Goddammit, I don’t hate n—-,” Hubbard told the New York Times in 1969. “Christ, I don’t even dislike them. But if Whites don’t want to live with n—–, they sure as hell don’t have to. Dammit, this is a free country. This is America.”

Despite his tainted legacy, Hubbard is credited with improving the quality of life in Dearborn. He commissioned the purchase of Camp Dearborn and bought homes in Florida for the city’s senior citizens.