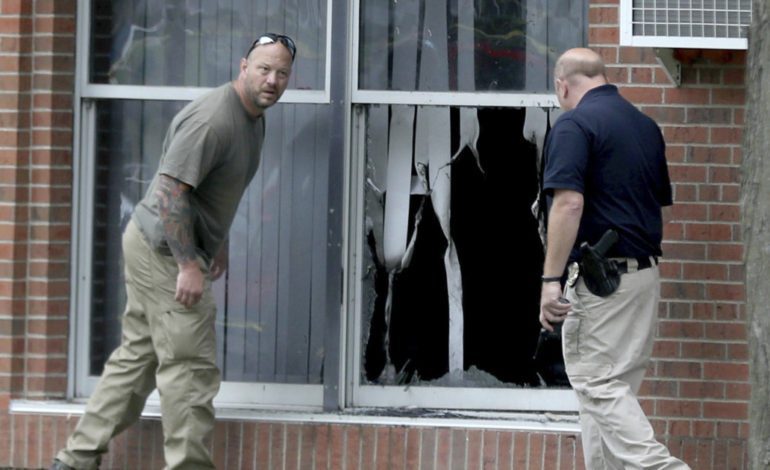 St. Paul ― Minnesota’s governor called the bombing of a mosque outside Minneapolis the previous day “an act of terrorism” during a visit to the site on Sunday.

Police in Bloomington, Minnesota, were called on Saturday at 5:05 a.m. local time about an explosion at the Dar Al Farooq mosque, after a bomb was thrown through the window of the imam’s office while worshipers were gathered for morning prayers. No one was injured.

Governor Mark Dayton, along with a delegation of public officials, visited the mosque on Sunday morning. He called on the community to unite against such attacks.

“What a terrible, dastardly, cowardly act was committed,” he said.

“It is a criminal act of terrorism,” added Dayton, who also described it as a hate crime that was “unthinkable, unforgivable.”

FBI officials in Minneapolis are investigating the incident and declined to provide further details on Sunday.

Mohamed Omar, the mosque’s executive director, previously said a member of the congregation saw a pickup truck speeding away from the building’s parking lot just after the blast.

Omar told the Star Tribune on Sunday the perpetrator may have known which window was the imam’s, who missed the blast by only a few minutes.

Anti-Muslim incidents have risen sharply in the United States over the past year, according to a review by the Council on American-Islamic Relations, which offered a $10,000 reward for information leading to the arrest and conviction of the Minneapolis-area bomber.