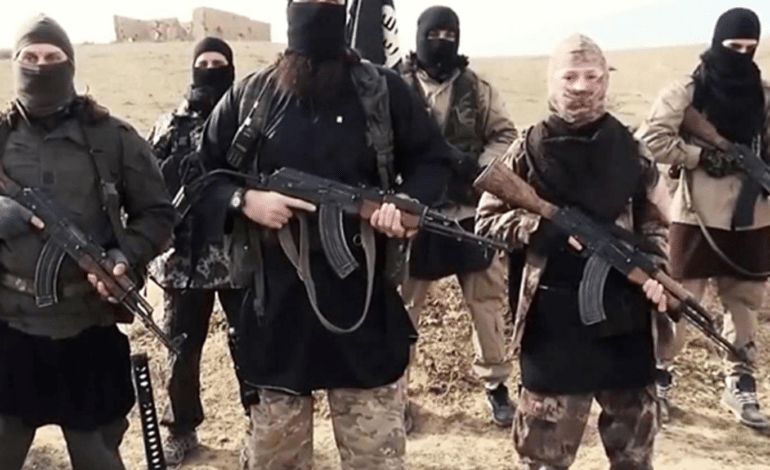 Young men who leave their homes to fight for terrorist groups in Syria mainly come from disadvantaged backgrounds, have low levels of education and “lack any basic understanding of the true meaning of jihad or even the Islamic faith”, according to a study for the United Nations Office of Counter-Terrorism.

The report, which was based on interviews with 43 people from 12 countries, found that most of the returned fighters were “novices” in their religion and some did not know how to pray properly

“Most saw their religion in terms of justice and injustice rather than in terms of piety and spirituality,” said the authors of the report.

They found that a typical fighter is most likely to be a young male who is disadvantaged economically, educationally, and is unemployed. He is also likely to come from a marginalized social and political background.

The majority of interviewed fighters attempted to join groups including ISIS, al-Qaeda affiliate Jabhat al-Nusra and jihadi Ahrar al-Sham. They also came from large and dysfunctional families in deprived parts of cities where they were “isolated from mainstream social, economic and political activity,” the authors added.

Three-quarters of them reached Syria but subsequently decided to leave, while others were intercepted by authorities in their own country or stopped en route.

“Religious belief seems to have played a minimal role in the motivation of this sample,” the report found. Economic factors had instead become more important as terrorist groups promised wages, homes and even wives.

The findings supported previous research using leaked ISIS documents, which showed that most recruits profess to have only a “basic” knowledge of Sharia law, and warnings of a growing “crime-terror nexus” seeing violent criminals travel to Syria in the hope of “redemption.”

Following the declaration of the so-called Islamic State in 2014, the group produced a huge amount of propaganda seeking to attract Muslims with the promise of life free of supposed Western oppression, lived in comfort and peace.

“For some, this sense of brotherhood was reinforced by a sense of religious obligation,” it said.

The ex-militants also claimed they did not go to Syria with the intention of becoming a terrorist, nor did they return with that purpose in mind.

Despite the role of propaganda sparking a global crackdown on extremist online activity, the report found that among the fighters, the internet played a far less significant role than real life contact.

The authors found that would-be jihadis went online to confirm and strengthen ideas and reinforce a decision that had in part been taken already.

Far more important was friendship circles and social networks formed around mosques, prisons, schools, universities, neighborhoods or the workplace – a conclusion supported by the high number of known British militants who were part of radical networks or left the country with friends and relatives.

But they eventually found themselves disillusioned with the group and left Syria because of their “genuine disappointment in and disenfranchisement by the terrorist organization they joined,” feeling alienated by the group and local Syrians, the deaths of friends or calls by loved ones to come home.

They authors hope the research will help countries around the world to improve counter-extremism programs that prevent people from considering joining ISIS and other terrorist groups, as well as safely reintegrating those returning from the group’s shrinking territories.

With an estimated 25,000 foreign fighters from more than 100 countries travelling to Syria, concern has been mounting over a potential influx of jihadists as ISIS loses territory, including its de-facto capital of Raqqa.

-The Independent, The AANews