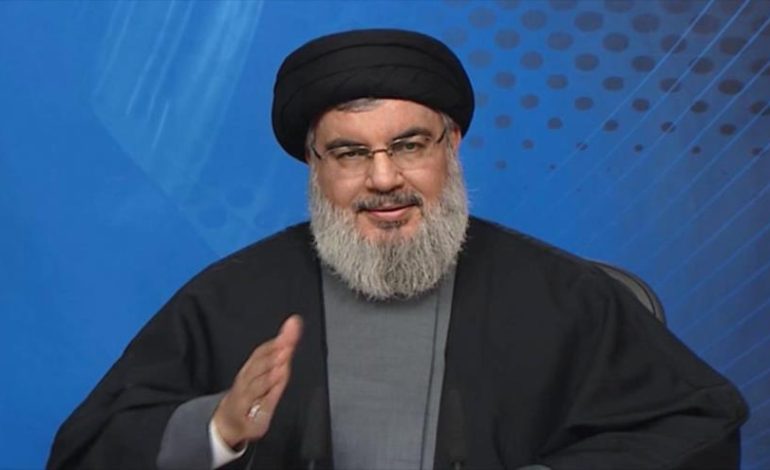 BEIRUT — On Sunday, the leader of Lebanon’s Hezbollah dismissed the prospect of tougher U.S. sanctions against his group, which is backed by Iran, and said the U.S. administration had no way to harm it.

“The American administration, with all available and possible means, will not be able to damage the strength of the resistance,” Sayyed Hassan Nasrallah said in a televised address to mark the anniversary of the end of Hezbollah’s 2006 war with Israel, which ended up with an Israeli defeat.

Nasrallah said his country has been subjected to intimidation and threats by the U.S. over Hezbollah — which is part of the Lebanese government but classified as a “terrorist group” by Washington — and alleged that Lebanese officials had been told that Israel could launch a war.

Tensions between Israel and the well-armed Hezbollah have risen this year. Nasrallah has played down the prospect of a war while simultaneously warning Israel against any armed conflict, which he promised that Israel would pay heavily for it if it ever happened.

President Trump called Hezbollah a “menace” to the Lebanese people and to the entire region last month, during a news conference with Lebanese Prime Minister Saad al-Hariri. Nasrallah described that statement as incoherent and said it shows a lack of understanding of the world’s affairs. He further criticized Trump’s statement by explaining that Trump claims that the Lebanese government is fighting ISIS, al-Qaeda and Hezbollah when— in fact— the Hezbollah fighters who have been fighting ISIS and al-Qaeda are part of the Lebanese government.

U.S. lawmakers introduced legislation last month seeking to increase sanctions on Hezbollah by further restricting its ability to raise money and recruit, and by increasing pressure on banks that do business with it, though it was not clear when or if it would come to a vote.

Officials in Lebanon have raised concerns that any widening of the U.S. sanctions could damage their banking industry.