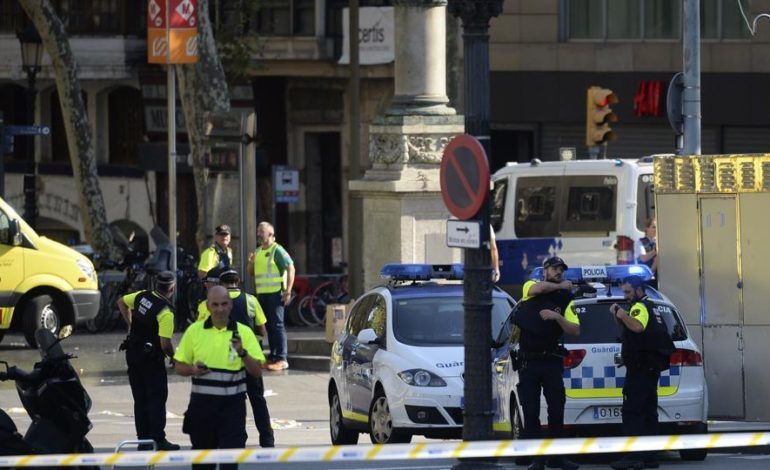 BARCELONA- A van plowed into crowds in the heart of Barcelona on Thursday and Spanish media reported at least 13 people were killed, in what police said they were treating as a terrorist attack.

The death toll was reported by Cadena Ser radio, citing police sources. Police said some people were dead and injured but did not confirm the number of casualties. They said were searching for the driver of the van.

Spanish newspaper El Periodico said two armed men were holed up in a bar in Barcelona’s city center, and reported gunfire in the area, although it did not cite the source of the information.

It was not immediately clear whether the incidents were connected.

A source familiar with the initial U.S. government assessment said the incident appeared to be terrorism, and a White House spokeswoman said President Donald Trump was being kept abreast of the situation.

Media reports said the van had zigzagged at speed down the famous Las Ramblas avenue, a magnet for tourists.

“I heard screams and a bit of a crash and then I just saw the crowd parting and this van going full pelt down the middle of the Ramblas and I immediately knew that it was a terrorist attack or something like that,” eyewitness Tom Gueller told the BBC.