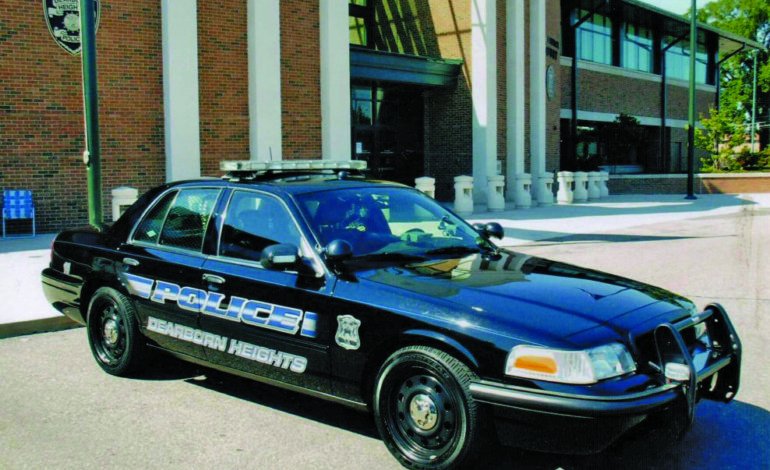 DEARBORN HEIGHTS — Dearborn’s neighboring city seems to be tackling drastically similar types of reckless driving on its roads and has found no better way to control it than to heighten traffic enforcement.

The Dearborn Heights Police Department kicked off the crackdown in July, According to Police Chief Lee Gavin, it’s been a success.

“We ran a traffic enforcement on Ford Road on Friday and Saturday nights,” he said. “I think we saw improvements… [Drivers] saw the police presence out there and I think that alone made them slow down.”

The Police Department doesn’t plan on stopping the crackdown. In fact, it received a grant from the state for a red light enforcement.

“A lot of accidents occur because of people coming up to the red light thinking they can make it,” Gavin said.

Captain Michael Petri told The AANews that their prime mission is to stop potential accidents from happening.

“The biggest things that cause the most serious accidents are the red lights,” he said. “You have cars coming in contact with each other at 90 degree angles… Obviously speeding contributes to that and then another big factor is the increased distracted driving with people using their cell phones.”

According to Petri, fatal accidents in Dearborn Heights usually average around six a year. The most recent fatal accident occurred on June 16 on Ford Road near Silvery Lane. A 22-year-old motorcyclist named Antonio Seiber died that day, but information on the accident was not disclosed.

Petri said because Ford is a busy road, accidents are more likely to occur there; and now it’s even more of a concern because of pedestrian traffic near the Islamic Institute of America, which opened earlier this summer.

Petri said the crackdown involves increased patrolling as well as a device called a Lidar, which is believed to be extremely accurate in catching speeders. He said the infrared light the Lidar shoots out when pointed at a vehicle’s bumper calculates the speed of the car and its distance.

Petri said young drivers are most likely to drive recklessly, especially with the types of cars available to them.

“There are a lot of really nice cars out there,” he said, adding that young people mostly drive sports and muscle cars, but that even base models have a lot more power than cars in the past.

He said that back in the 1990’s, the department would send around five police officers to control Telegraph Road on Saturdays because it would be packed with cars violating the laws.

“It’s nothing new to us as far as a crackdown, so to speak,” he said. “It’s not pleasant going up to a car crash and seeing someone’s body mangled in a car. We can stop that through traffic enforcement.”

Petri said drivers need to pay attention, know police are on the watch and that the laws are there for their protection.

He encouraged drivers to utilize new technology efficiently, not irresponsibly. There are ways to avoid texting and answering phone calls while driving, like simply pulling over; or other new technology in cell phones and cars that don’t require the drivers to take their hands off the wheel or eyes off the road.

“There are devices that can be put in the car that can monitor their driving,” he said. “You can see where they are going and the speed of their car.”

Petri said parents must teach them responsibility because they’re already more prone to accidents in their beginning stages of driving due to inexperience.