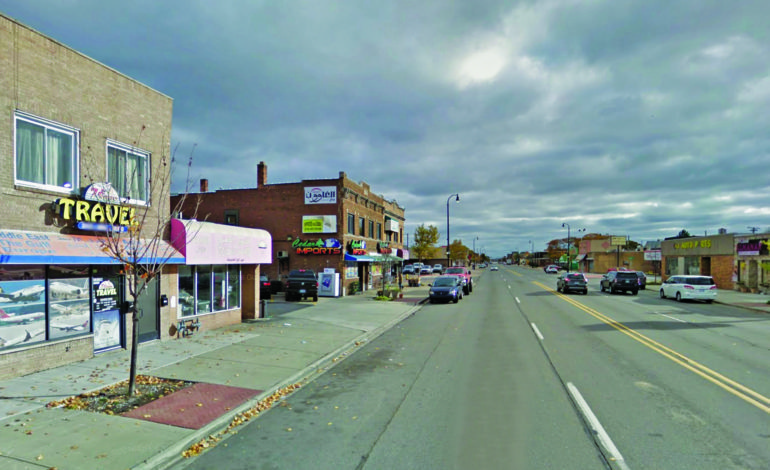 DEARBORN — Many gears work in concert to make a city run. Government bodies like the mayor’s office and the City Council, as well as departments like human resources and engineering, and several commissions, all play vital roles in maintaining the high quality services residents expect.

Most Dearbornites, almost half of whom are of Arab origin, also expect their community and issues of concern to them to be adequately reflected in city government.

However, that’s far from the case.

Dearborn has 24 different commissions, with a total of 221 volunteer commissioners who work to advise the City Council and mayor on matters related to local ordinances, zoning, housing, traffic safety, business developments and other issues. Of those, 36 have last names that appear to be from an Arab background, according to city records obtained by The AANews.

The commissioners must be residents and are usually stakeholders and experts in their respective fields. They’re mainly appointed by the mayor and/or the City Council and serve two-year terms that can be renewed indefinitely.

Kimberly Ismail, a member of the City Beautiful Commission, told The AANews that few Arab Americans on the committees poses some obstacles for the larger community, especially in getting initiatives that concern them passed by the City Council.

She added that poor representation in government does not mean a shortage of qualified applicants, but a reflection of the meager civil engagement. Many people also are not aware that individuals can submit an application to serve on the commissions, although a recommendation or two could help.

Ismail said that although she doesn’t get paid for her role, she enjoys being part of decisions that affect the quality of life in the city in which her young son is growing up.

“Our community wants the city to make changes and be more positive toward our communities,” she said. “But there is lacking participation. It’s important for Arab Americans to take a stance.”

Of the 25 members on the City Beautiful Commission, three are Arab Americans, including Ismail.

Kazan, who has served on the commission for four years, told The AANews many Arab Americans are quick to run for City Council or mayor, while few are willing to work in the city as police officers, ordinance firefighters and inspectors — where the “grassroots work” happens.

“The culture gap is very wide,” he said, adding that many inspectors and officers also don’t live in Dearborn.

He rejected the contention that the mayor has intentions of excluding Arab Americans from the commissions and said he has experienced an emphasis on diversity and cultural sensitivity training.

Kazan said very few Arab Americans are aware of the commissions and not many have approached him with an interest in serving. He also pointed out that a commissioner is a volunteer and that many might be too busy to serve in that capacity.

Even so, Kazan said the position is rewarding, as he’s “opened the door” for many business owners and helped them follow the proper channels to making their business plans a reality.

“If you want to make your city stronger and safer, get involved,” he said. “Come to meetings that are open and give feedback.”

Fay Baydoun, a member of the Warren Avenue Corridor Authority Commission, is no stranger to the hardships small business owners have endured over the decades. She is also the executive director of the Arab American Chamber of Commerce and said it’s important to have more Arab American commissioners so the city can better understand and accommodate Arab business or residents’ norms and practices.

Years ago, city planning and zoning commissioners were surprised by the influx in front porch permits, Beydoun said. She recalled needing to point out that Arab immigrant families are used to spending time on their front porches.

“Commissions should be reflective of the community,” she said, but added that it’s the community’s responsibility to build relationships with city officials, apply in greater numbers and levy themselves for the positions.

John Hamood, a contractor on the Building Board of Appeals Commission for about 20 years, said he does not see the city displaying prejudice or holding back any positions based on ethnicity.

He said he was suggested by the city attorney and nominated by then-Mayor Michael Guido.

“I was an active builder in the community, and they wanted somebody with experience in building and codes,” Hamood said. “They must have thought I was well fit for the board.”

Sam Baydoun, a realtor and a commissioner on the Zoning Board of Appeals, said that while better representation in city government is needed, the Arab American community has come a long way.

He pointed to two Arab Americans who had served on the same commission in previous years, and acting City Planner Mohamed Ayoub.

Baydoun said he was offered the opportunity to serve on the commission twice before and turned it down, as he had plans to run for City Council.

He eventually decided against the City Council run and accepted the commission position as his way to give back and stay civically involved in his community.

The Zoning Board aims to maintain consistent and high quality neighborhoods and business corridors, mainly by hearing appeals of variances to zoning and special land use changes, like building height and parking lot requirements.

Because he is involved in the same endeavor at his day job, he is able to bring a wealth of real estate knowledge and fresh perspectives that, in turn, boost opportunities for residents and businesses.

Baydoun, whose term expires next June, added that the city is actively seeking applicants and is considering about five Arab Americans to be commission members.