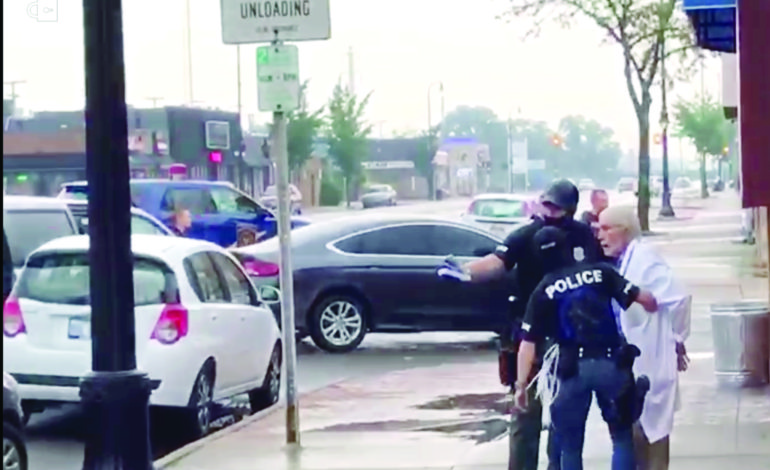 The community’s collective awareness and complaints that prompted police to investigate and eventually raid a Dearborn Medical Clinic— which turned out to be a white coat dealer’s opioid prescription hub, as many suspected— should not be a reason to let our guard down, but rather to keep up our unified activism against our deterioration.

Shutting down a pill mill, arresting the doctor running it and his assistant manager are much admired accomplishments, but there’s always more work that needs to be done to keep our children safe.

We applaud the Dearborn police and community leaders for their efforts and for knowing that the drug crisis doesn’t end here.

Data from the Michigan Department of Licensing and Regulatory Affairs (LARA) shows that drug dealer Mohammad Derani, a West Bloomfield resident and undeservedly called a doctor, but no longer so, placed among the top productive prescribers of controlled substances in Michigan in 2015 and 2016. He prescribed an average of more than 43 controlled substances on every workday between January 2015 and August 2017 and more than 500,000 pills since this January.

Investigators revealed that about half of the opioids ended up on the street and Oxycodone, which is known as a highly addictive narcotic, was his most prescribed drug. He also wrote prescriptions combining drugs that are deadly.

These realities alone are alarming. How many young men and women in our community became opioid addicts because of him and remain so?

Police Chief Ron Haddad told The AANews that year to date, police have locked up “over 200 people in possession of illicit drugs.”

It’s a chain that we can’t tie our future to, but must cut loose.

After photos and stories surfaced on social media— revealing the alarming acts at the corner of Warren and Yinger Avenues, where the clinic is located— adults aware of drug harm may have immediately thought of the vulnerable children and teens in our community who could, God forbid, fall into the addiction trap because of money-hungry doctors like Derani.

That’s why, as many activists in our community have said, this is the time to completely rid ourselves of taboo mentalities and educate younger generations for the sake of their future.

As community organizations work in tandem with local schools, educational and religious institutions, the drug addiction taboo has been busted open compared to past years. However, to completely demolish it, community members need to attend instructive seminars and engage with children of age for their own awareness and education.

If only a few attend, how will that do the community any good? We need to empower each other in the national battle against addictive drugs and substance abuse in which Dearborn is directly involved or our young will continue to die due to an illness from which they could have recovered.

Keep your guard up and rise together as we take down the chain of dealers in our community.